Oh, Nothing. Just A Sunset In The Maldives, Courtesy Sonakshi Sinha 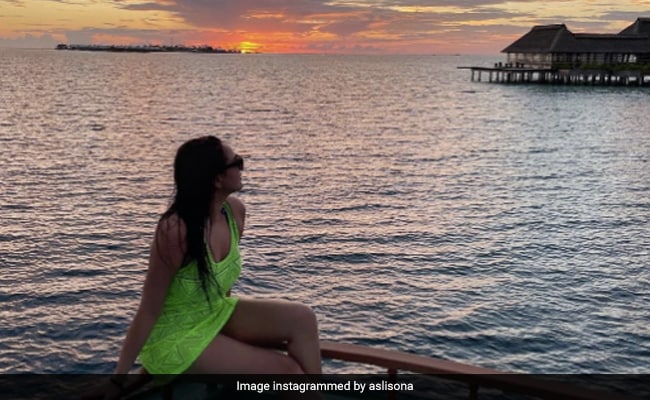 A bevy of Bollywood celebs have turned the Maldives into a star-studded vacation destination this year and actress Sonakshi Sinha is one among them. After checking into the Maldives, Sonakshi converted her Instagram into an album of her vacation photos and they are absolutely stunning. The 33-year-old actress is already in sync with Maldivian vibes and has described herself as an "island girl." Needless to say that Sonakshi has been witnessing gorgeous sunsets in the Maldives and she was kind enough to share one such memory on Instagram. "Would you believe me if I said this picture had no filter?" she captioned her photo from a sunset cruise.

Sonakshi Sinha, soaking up the sun and enjoying the sand and sea vibes of Maldives, wrote she is "Happiest in the water." Sonakshi's vacation photos will give you major wanderlust.

Sonakshi Sinha often trends a great deal for repeatedly shutting down trolls on social media. Earlier this year, she temporarily resigned from Twitter in her attempt to shut out social media negativity. She continues to be very active on Instagram. In terms of work, Sonakshi Sinha was last seen in Dabangg 3. She will next be seen in Bhuj: The Pride Of India, which is headlined by Ajay Devgn. The film is slated to release on OTT platform Disney+Hotstar.