"I think we've settled down now into a comfortable, chilled out relationship with each other," Kajol said about Nysa in the video 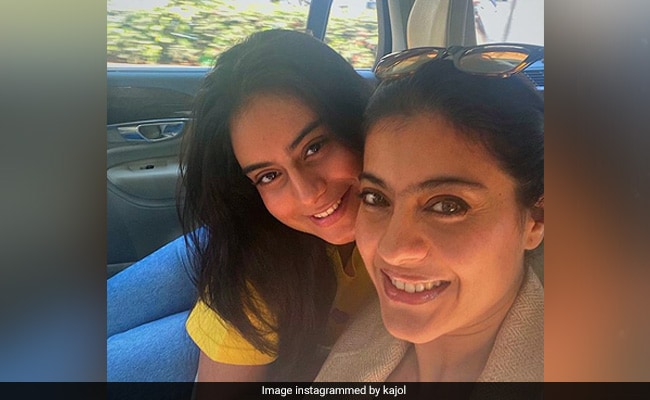 On Saturday, Kajol Instagrammed a video montage with the caption "Quarantine Tapes with my baby," which is basically a compilation of revelations made by Kajol and also her daughter Nysa. The video features glimpses of Kajol and Nysa, starting from when Nysa was a baby to her present 17-year-old self. As these glimpses play out, Nysa's voiceover forms the background score as she talks about growing up as a star-kid, how her parents shielded her from the media glare, getting advice from dad Ajay Devgn and her rapport with her mother Kajol. Nysa began by saying that she's "still trying to figure out" her real self, "Especially growing up with the attention, even though my parents made me pretty much blind to it." Ajay Devgn and Kajol are also parents to a son named Yug.

She then talked about how these words of Ajay Devgn have been her constant guiding light: "One of the pieces of advice that my dad gave me was my silence made me complacent. He always made me believe that I can do anything if I work hard for it." Nysa added: "I always feel that whatever I do, it reflects back on my parents and my every mood is under a magnifying glass. Honestly for all the haters out there, there are so many people who say such nice, sweet things about me that I don't even feel like I really deserve."

Talking about her equation with Kajol, Nysa added: "I think me and my mom are very much like each other. She's way more chill than I thinks he would ever admit. I know that both of us are really loud and that both of us don't really have a filter."

Quarantine Tapes with my baby ! Thank you @pearlmalik22 for doing this !

Nysa studies in Singapore and is currently home with her family in Mumbai. When Nysa joined school sometime in 2018, Kajol had said in interviews that Nysa leaving home was more difficult for Ajay Devgn than her. Kajol hasn't revealed any plans about whether Nysa wants to join Bollywood or not.