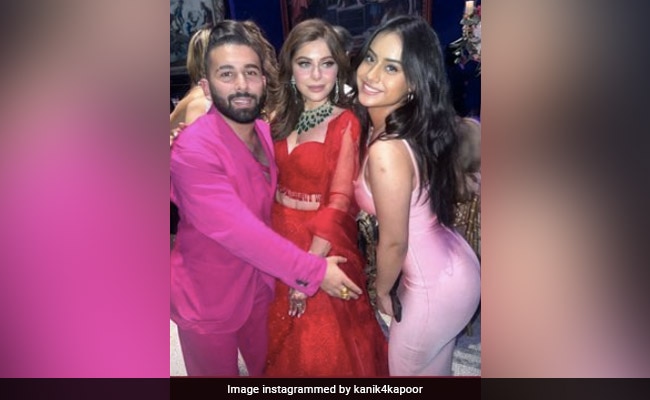 Kanika Kapoor with Nysa and a friend. (courtesy: kanik4kapoor)

Singer Kanika Kapoor married businessman Gautam Hathiramani on Friday in London. A few days later, she hosted a wedding reception, which was attended by close friends and family members. Kajol and Ajay Devgn's daughter Nysa was also on the guestlist. Kanika Kapoor shared pictures from her reception on her Instagram stories. For the big day, newlywed Kanika Kapoor wore a red lehenga, while Nysa was seen dressed in a soft pink outfit. In the pictures, Nysa can be seen happily posing with the newlywed Kanika Kapoor and a friend. 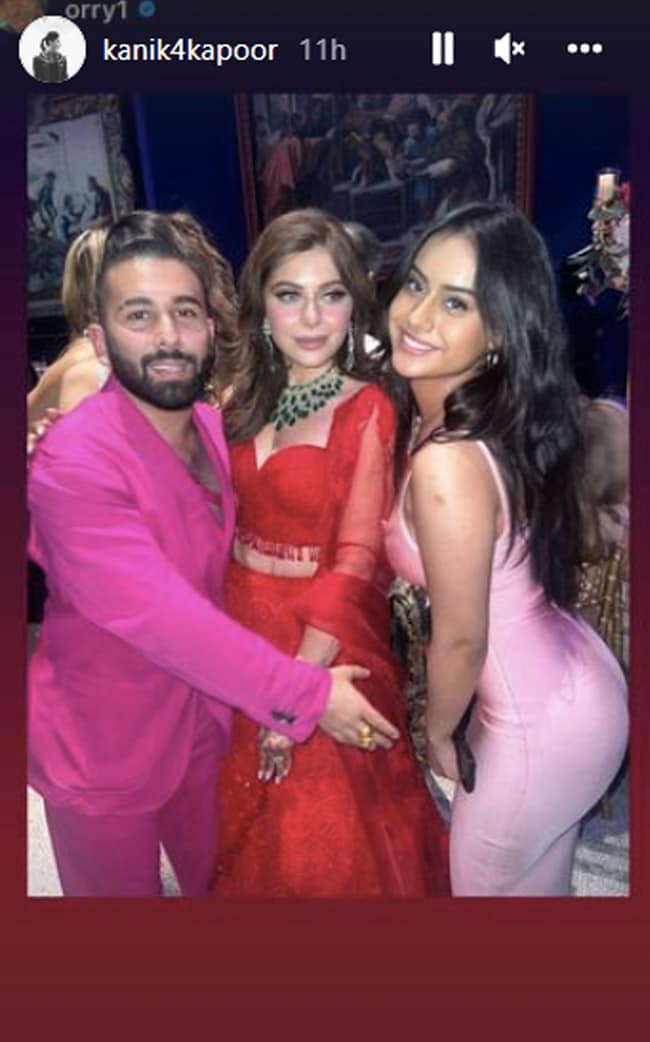 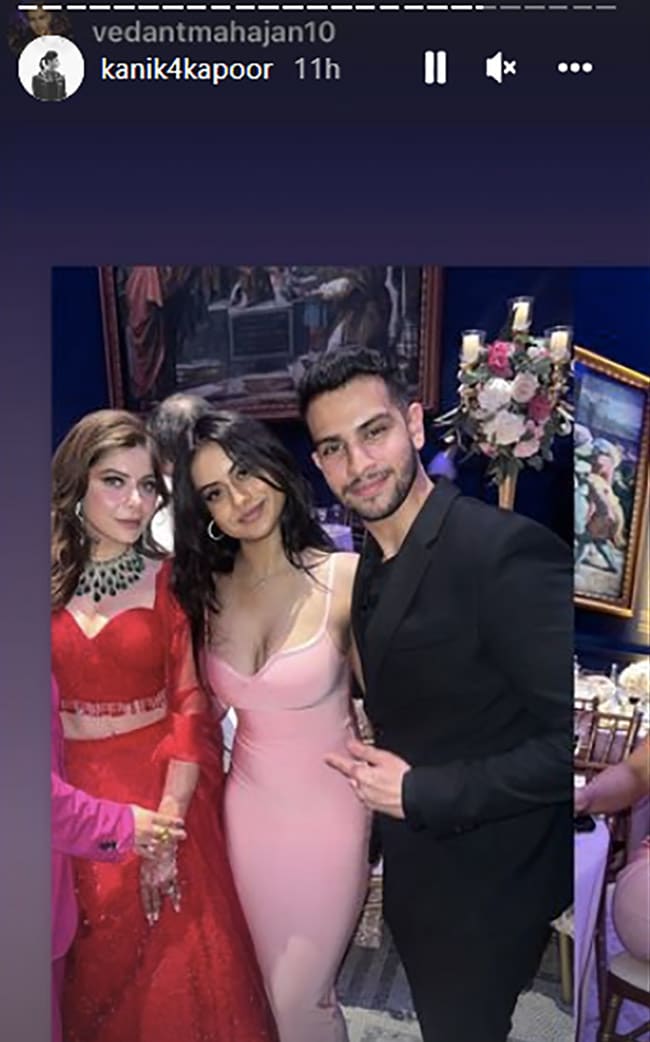 Over the weekend, Kanika Kapoor shared pictures from her wedding ceremony and she wrote: "And I said yes. Fairy tales can happen to you, just never stop believing in them. Dream because one day those dreams do come true. I found my prince, I found my co-star. So grateful to the universe in making us meet. Excited to start our journey together; to grow old with you, to love you and learn with you. But most important to laugh with you. Thank you for making me smile every day. My best friend, my partner and my hero."

Here are some photos from Kanika Kapoor's mehendi album:

Kanika Kapoor was previously married to Raj Chandok. Kanika Kapoor is a mom to three kids - Aayana, Samara and Yuvraj. They got divorced in 2012. She stepped into the music circuit with Dr Zeus' track Jugni Ji. She is best-known for singing the track Baby Doll which featured Sunny Leone. After the Ragini MMS 2 track, she sang songs like Chittiyaan Kalaiyaan, Tukur Tukur, Genda Phool and Oo Bolega Ya Oo Oo Bolega.

Nysa is the daughter of Bollywood actors Kajol and Ajay Devgn. The couple welcomed their daughter Nysa in 2003 and their son Yug was born in 2010.