"Not Going To Stop Posting Content Or Be Intimidated": Vir Das' Response To Trolls

"That doesn't mean I'm going to stop posting content, or be intimidated in any way, shape or form," said Vir Das 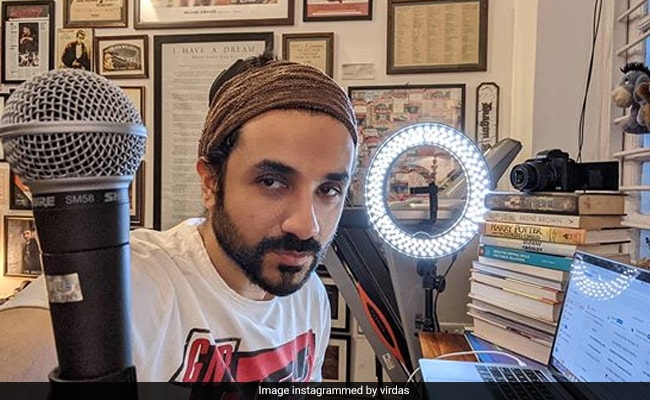 Comedian Vir Das, in a tweet on Wednesday, revealed that there's been a barrage of abuse on his social media feed and asked his followers to avoid reading the comments on his posts. "I just want to let everyone know that you might want to stay away from reading the replies on my page for about four or five days. That's all. Like a few Indian comics right now, my comments section is a monsoon of abusive language. Avoidable," tweeted Vir Das. However, he clarified that he will continue to post content but avoiding going through the comments is his way of dealing with the trolls: "That doesn't mean I'm going to stop posting content, or be intimidated in any way, shape or form. But I'm just not reading them. And if I'm not reading them, and you're not reading them, the angries don't get the attention they crave."

"So enjoy the content, avoid the comments. Also, there's been an outpouring of love and support. Wanna thank you for it. This isn't so bad, you should read some of my reviews. More content soon. Peace," Vir Das signed off his tweet.

Recently, comedians Agrima Joshua, Aadar Malik, Sahil Shah, Azeem Banatwalla and comedy conglomerate AIB's Rohan Joshi apologised for appearing to hurt religious sentiments with some of their content. Mr Joshi even deactivated his Twitter account and wrote on Instagram that his personal details have been leaked, making matters worse.

Here are some of Vir Das' tweets from earlier:

In the last 24 hours. Myself and every comic I have spoken to, male and female have had threats, abusive messages and all sorts of filth. It's literally all of us going "yeah...same". Hang in there. Stay strong.

Vir Das is best known for his stand-up specials on Netflix. He has also starred in films such as Delhi Belly, Go Goa Gone, Shaadi Ke Side Effects and 31st October among others. He was last seen in Netflix movie Hasmukh, which he co-wrote.