Noor: Sonakshi Sinha Says New Song Will Be Out Tomorrow 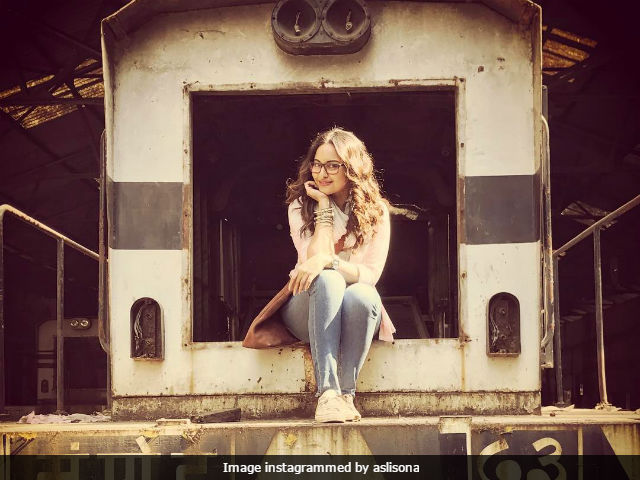 New Delhi: Actress Sonakshi Sinha shared two new posters from her upcoming film Noor on social media. In the post, the 29-year-old actress announced that a new song from the film, titled Hai Zaroori will be released tomorrow. She wrote: "Life is so empty without the people we love, no? #HaiZaroori #outtomorrow #Noor(sic)." In the previous songs, Sonakshi Sinha, who will be seen portraying the role of a journalist in the film, has already given us a glimpse of how she juggles between her personal and professional life. Noor, directed by Sunhil Sippy, is based on Pakistani author Saba Imtiaz's novel Karachi, You're Killing Me!. The film, which is scheduled to release in theatres on April 21, follows Noor's misadventures and love life.

See the posters shared by Sonakshi Sinha below:

Life is so empty without the people we love, no? #HaiZaroori #outtomorrow #Noor

Kanan Gill will be making his debut with Noor. The film also stars Shibani Dandekar and Purab Kohli in pivotal roles. Sunny Leone will be making a cameo appearance in the film.

In a recent interview to news agency IANS, filmmaker Sunhil Sippy said: "I like the fact that Sonakshi Sinha has tremendous range. She is funny, quirky, and silly but she is also very intense and serious. In Noor, I got the opportunity to explore every part of her as an actor."

Promoted
Listen to the latest songs, only on JioSaavn.com
Sonakshi Sinha was last seen in 2016 movie Force 2 co-starring John Abraham. The film, directed by Abhinay Deo, is a sequel to 2011 film Force. After Noor, Sonakshi will be seen in Ittefaq opposite Rajkumar Mishra. The film is a remake of the 1969 film of the same name.

Sonakshi Sinha is currently seen as a judge on the television dance reality show Nach Baliye 8.