No, Viral Pic Of Amitabh Bachchan Isn't His Thugs Of Hindostan Look 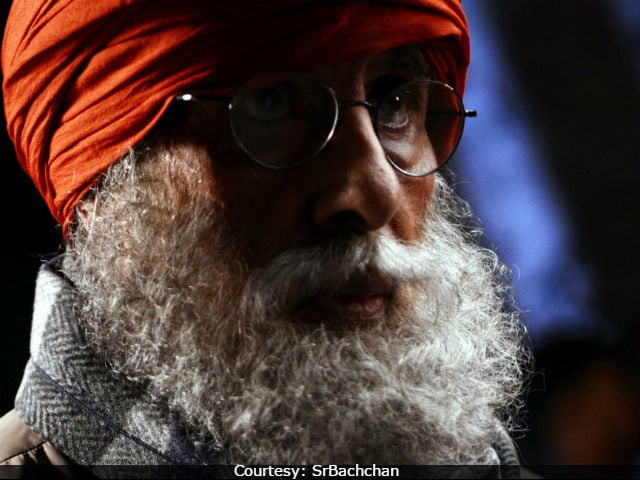 New Delhi: Superstar Amitabh Bachchan recently shared a picture online and swiftly, it became one of the top trends on the Internet. Twitter thought that the new look is from Mr Bachchan's upcoming film Thugs Of Hindostan, co-starring Aamir Khan. In the photo, the 74-year-old-actor is seen dressed as a Sikh, complete with a turban and beard. "My Nani, Amar Kaur Sodhi and my Nana, Khazan Singh Suri, must be smiling from the heavens to see me thus in my Sikh roots," Mr Bachchan captioned the picture. Soon, the picture went viral and one of the users on Twitter wrote, "Amitabh Bachchan's first look in Thugs Of Hindostan."

Check out the viral photos here:

However, soon Mr Bachchan clarified that the look is not from Thugs Of Hindostan and it is for an advertisement he shot the other day.

Few months ago, Aamir Khan's bearded look was also believed to be for Thugs Of Hindostan. But the actor was perhaps shooting for an advertisement.

Amitabh Bachchan and Aamir Khan have collaborated for the first time for Vijay Krishna Acharya's Thugs Of Hindostan. The film is slated for a Diwali release. Aamir has earlier worked with Mr Acharya in Dhoom 3.

Promoted
Listen to the latest songs, only on JioSaavn.com
Meanwhile, Mr Bachchan is currently awaiting the release of his next film Sarkar 3. The Ram Gopal Varma-directed film also stars Manoj Bajpayee, Amit Sadh and Yami Gautam. Sarkar 3 hits the screens on May 12.

Amitabh Bachchan, who last starred in Pink, recently won the National Film Award for Best Film on Other Social Issues.