No Pressure on Harshvardhan Kapoor, Saiyami Kher Ahead of Mirzya Release 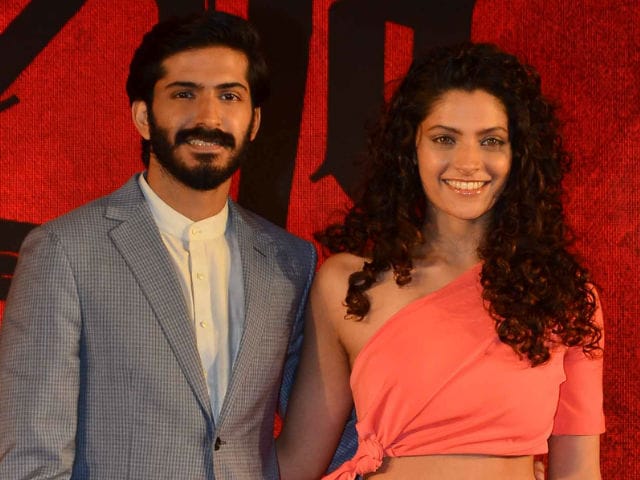 Mumbai: Filmmaker Rakyesh Omprakash Mehra's Mirzya will see the debut of two new actors - Harshvardhan Kapoor and Saiyami Kher - but the duo are unfazed by their family legacy.

Harshvardhan is actor's Anil Kapoor son while Saiyami is the granddaughter of yesteryear actress Usha Kiran and niece of Tanvi Azmi.

The 24-year-old actress says she would feel blessed to have imbibed even a bit of acting talents of her family. "If I have five per cent of genes that my grandmother or aunt has, I'll feel I know a little bit acting. But there is no pressure. Both, Harsh and I have given it our best. We had guidance like Rakyesh sir, Gulzar saab, it makes life much easier," she said.

Harshvardhan, 25, feels if an actor has put in his best efforts, the audience will see through that.

"When you believe in something so much, you work for so long with honesty, you leave behind your life and sacrifice so much. When you're performing, the audience can feel the honesty in your heart and mind," he said.

According to the newcomer, it is not wise to feel any "creative pressure" ahead of the film.

"I don't think it is very intelligent to feel creative pressure. In terms of commercial expectations, because I am somebody's son, I feel there is nothing I can do about that. Whatever will happen, that will happen," he said.

Promoted
Listen to the latest songs, only on JioSaavn.com
The film's music has been given by Shankar Ehsaan Loy trio, a regular in Mr Mehra's movies.

In Pics: Bhagyashree's Experience Of Working With "The King Of Comedy" Johny Lever