What do you think about these surreal pictures of Nia Sharma? 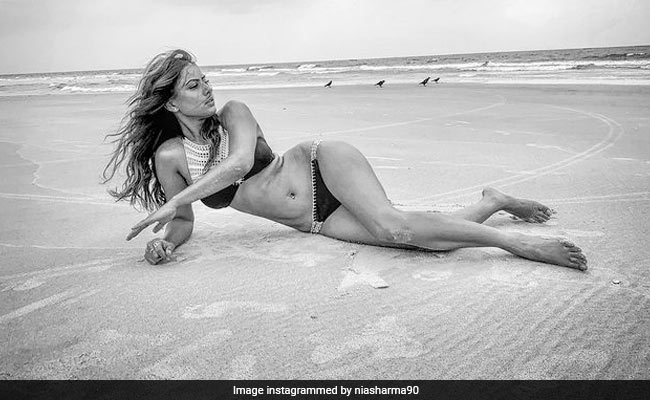 Television actress Nia Sharma is trending on top on social media on Tuesday, courtesy her latest post on Instagram. The actress, on Monday, posted a couple of pictures of herself on social media from her beach diaries and oh boy, she looks breathtaking in all of them. The monochrome photographs, which are throwbacks, feature Nia Sharma sporting a black and cream bikini and posing on the beach while shooting for her TV show Jamai 2.0 in Goa. In her caption, the actress wrote: "In my head is where I paint my own Portraits... No one else will and that's fine by me. #vibemattersthemost."

Take a look at the pictures of Nia Sharma that has sent the Internet into a tizzy:

The reason we said the aforementioned photos are throwback because last year, in November and December, Nia Sharma posted similar pics from Goa. She accompanied her posts with ROFL captions like: "Question: How to turn a bloated body into a beach body in 2 nights... Answer: You can't" and "When you accidentally spill a bottle of bronzer on your body...or may be deliberately."

An here's a picture of Nia Sharma with her Jamai 2.0 co-star Ravi Dubey: