Neil Diamond Reveals He Has Parkinson's Disease, Will Retire From Touring 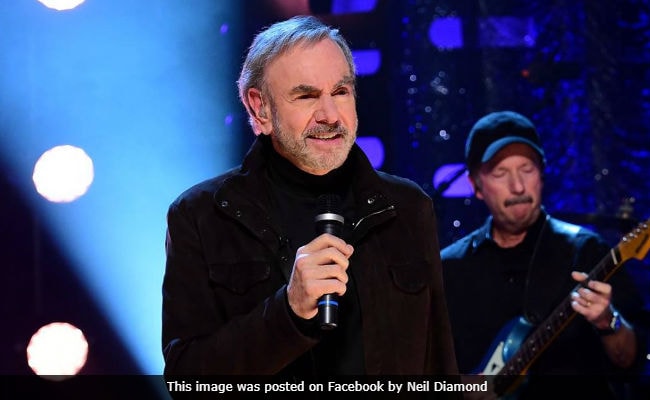 Washington: Neil Diamond, one of America's most enduring songwriters best known for his singalong hits Sweet Caroline and Cracklin' Rosie, announced Monday that he has Parkinson's disease.

Diamond, who will turn 77 on Wednesday, said he is retiring from concert touring as a result of the diagnosis.

"It is with great reluctance and disappointment that I announce my retirement from concert touring. I have been so honored to bring my shows to the public for the past 50 years," Diamond said in a statement on his website. "My sincerest apologies to everyone who purchased tickets and were planning to come to the upcoming shows."

Diamond said he will continue writing and recording music.

Parkinson's disease is a progressive nervous system disorder that can cause tremors in the hands and arms, rigid muscles and speech changes such as slurring, according to the Mayo Clinic.

He made the announcement while in the midst of his "50 Year Anniversary World Tour." In March, Diamond was set to visit New Zealand and Australia on the third leg of the tour. The tickets will be refunded in full, according to the singer's website.

Diamond - who has been nominated for 13 Grammy awards and won one - will be given the coveted Lifetime Achievement Awards at Sunday's Grammy Awards. Diamond, who has sold more than 125 million records, was inducted into the Rock & Roll Hall of Fame in 2011.

"My thanks goes out to my loyal and devoted audiences around the world. You will always have my appreciation for your support and encouragement," Diamond said in the statement. "This ride has been 'so good, so good, so good' thanks to you."

(Except for the headline, this story has not been edited by NDTV staff and is published from a syndicated feed.)
Comments
neil diamondneil diamond parkinson's diseaseneil diamond tour retirement