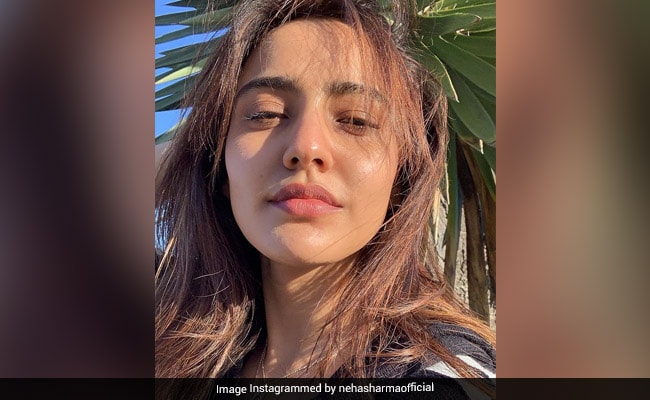 Neha Sharma's latest Instagram entry will brighten your mood. The 32-year-old actress, on Wednesday, lit up Instagram with a sun-kissed picture of herself and it is making her Instafam drool. In the picture, Neha Sharma can be seen posing for the camera while basking in the sun. Sharing the picture, Neha accompanied it with a caption like this: "50 percent savage, 50 percent sweetheart." She also added a candy icon to her post. Neha Sharma added the hashtags #sunshinegirl, #nofilterneeded and #nomakeup to her post. Take a look:

Neha Sharma keeps sharing drool-worthy pictures of herself on her Instagram profile. A few days back, Neha shared a sun-kissed picture of herself and wrote, "Hello sunshine."

Here's a picturesque throwback picture of Neha Sharma from her California vacation. "My favourite colour is sunset," wrote Neha.

My favourite color is sunset...#throwbackcozitsthursday #throwbackthursday

Here's what Neha Sharma's "happy Sunday" looks like - soaking in the sun and posing for the camera.

Neha Sharma lit up Instagram with this adorable picture of herself. "Take a moment, pause and soak it all in. It will all be okay because it can't be any other way," she captioned her picture.

Take a moment,pause and soak it all in. It will all be okay because it can't be any other way

Neha Sharma, who made her Bollywood debut with the 2010 film Crook, is best-known for her performances in films such as Kyaa Super Kool Hain Hum, Yamla Pagla Deewana 2, Youngistaan and Tum Bin II among others. Neha's last theatrical release was the 2019 period drama Tanhaji: The Unsung Warrior where she shared screen space with Ajay Devgn, Kajol and Saif Ali Khan. Neha has Bejoy Nambiar's revenge drama Taish to look forward to.