"Put on some lipstick and pull yourself together," Shaheen captioned her photo on Instagram 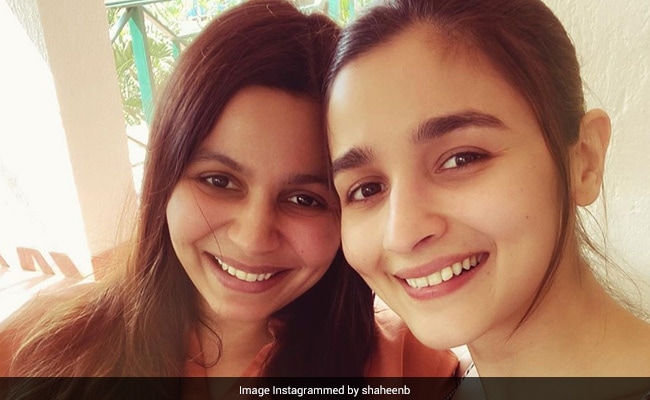 Sisters Shaheen and Alia in a cute pic (courtesy shaheenb)

Ranbir Kapoor's mother Neetu Kapoor closely follows the Bhatt sisters - Alia and Shaheen's - Instagram activities and is also often drops adorable comments on their posts. For the uninitiated, Alia Bhatt and Ranbir Kapoor are the new couple on the block and are true blue couple goals (more on that later). Recently, Alia's sister Shaheen shared a selfie of hers with a note about how a touch of lipstick can brighten up a dull day or mood. "Put on some lipstick and pull yourself together," Shaheen captioned her photo on Instagram, which Neetu Kapoor found to be too cute. "So pretty, Shah ji," she commented. Ranbir's sister Riddhima Kapoor Sahni also dropped a red heart of Shaheen Bhatt's photo. Shaheen's photo was also showered with a whole lot of love from her mother Soni Razdan, and Shweta Bachchan Nanda, among other celebs. 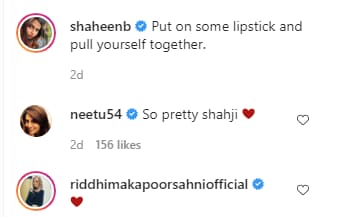 Put on some lipstick and pull yourself together.

Meanwhile, Shaheen's Instagram is filled with glimpses of her everyday life with sister Alia - the duo share an apartment together, where they moved in a few years ago. Alia also often shares adorable sister-squad photos with Shaheen, like this one, which she captioned: "Pink sunset and a cool breeze. Thoroughly enjoyed by two sweet peas."

Here are more glimpses of Alia and Shaheen from their sister diaries:

Shaheen Bhatt opened up about having battled depression a few years ago and talked about the same in her book titled I've Never Been (Un)Happier. Alia Bhatt will next be seen in Sadak 2, in which she will co-star with another sister - Pooja Bhatt.