Neerja Director Ram Madhvani On Sonam Kapoor's National Award Win: 'This Is All You' 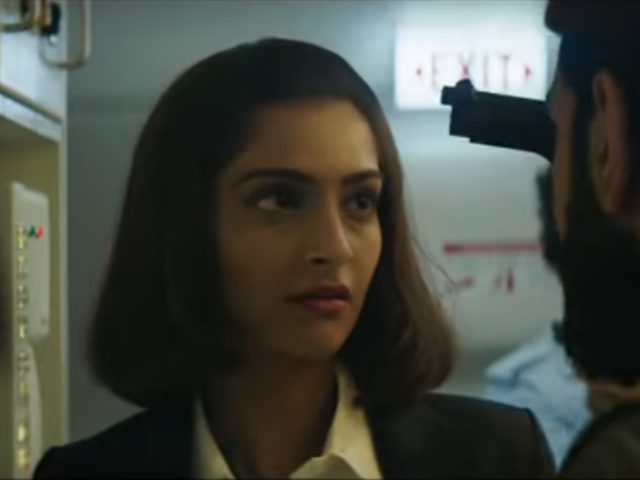 Sonam Kapoor in a still from Neerja

New Delhi: Ram Madhvani, director of Sonam Kapoor's Neerja, praised the 31-year-old actress for her performance in the film. At the 64th National Awards, Sonam Kapoor received a special mention for her film Neerja, which also won the award for Best Hindi Film. In his tweet, the director wrote: "A director can push the actor but the director can't help the actor to land safely. This is all you @sonamakapoor. Well earned accolades." Earlier, he retweeted the Raanjhanaa actress' post in which Shabana Azmi had congratulated her, saying that her achievement fills her with 'maternal pride' and that she is 'very proud' of her.

A director can push the actor but the director can't help the actor to land ...safely. This is all you @sonamakapoor. Well earned accolades https://t.co/oTJRhmJxH5

This made my day year and everything! Thank you @AzmiShabana and thank you @RamKMadhvani for showing me this! pic.twitter.com/3PrBKSLVag

Following his post, Sonam Kapoor and Ram Madhvani shared a Twitter chat. The Khoobsurat actress thanked Mr Madhvani for being 'super' and for not letting her fall.

Ram!!! Seriously !! You were super ram! You flew down and caught me! That's why #thankramididntfallhttps://t.co/Vc10enoxsf

Veteran actress Shabana Azmi portrayed the role of Sonam Kapoor's mother in Neerja .The film, which was a biopic on airhostess Neerja Bhanot, also featured Yogendra Tiku and Shekhar Ravjiani in supporting roles.

Sonam Kapoor was busy shooting for Padman co-starring Akshay Kumar when she received the news of getting a Special Mention for her role in Neerja. Her father Anil Kapoor and colleagues from the film fraternity like - Alia Bhatt, Karan Johar, Dhanush and Bhumi Pednekar congratulated her on social media.

The Prem Ratan Dhan Payo actress posted a picture on Instagram with Akshay Kumar soon after the announcement was made. The picture clearly explained their shock and happiness on their achievement.

Promoted
Listen to the latest songs, only on JioSaavn.com
See the picture posted by Sonam Kapoor below: