"I was not a very trained or experienced dancer like Madhuri so she very politely released me from all tension," said Neena Gupta 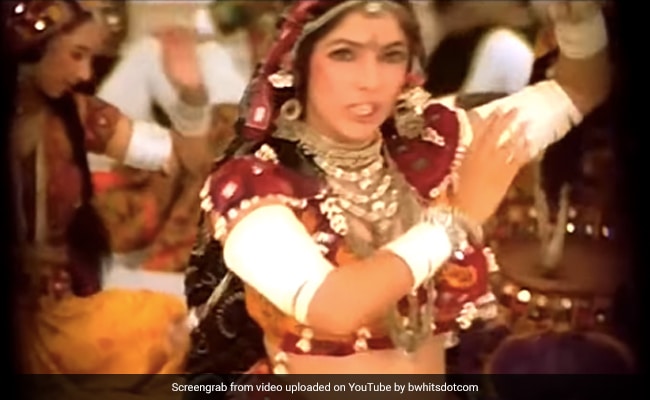 Neena Gupta, who was a part of the popular dance number Choli Ke Peeche from Subhash Ghai's 1993 film Khal Nayak, shared her memories of working with late choreographer Saroj Khan in her latest Instagram video. The actress said that she was very nervous during the shooting of the song because she wasn't a trained dancer like Madhuri Dixit and Saroj Khan took care of that. "It was my first day on the sets of Choli Ke Peeche. I had heard about Saroj Khan as she choreographed many big names and was very nervous. Madhuri Dixit was in front of me which made me all the more nervous. When Saroj ji showed me the dance moves, I became numb and said I won't be able to do this. I had no confidence," Neena Gupta said in the video.

The Badhaai Ho actress revealed in her post that Saroj Khan asked her what she is capable of and assured her that she will incorporate those moves in the choreography. "She made me feel so comfortable and slowly I also understood what she wanted from me. She made the moves easier for me. I was not a very trained or experienced dancer like Madhuri so she very politely released me from all tension and made it all very easier for me," added Neena Gupta.

Saroj Khan, who was earlier admitted to a hospital in Mumbai last month for breathing issues, died on Friday after a cardiac arrest. She was 71. Saroj Khan's funeral was held on Friday morning. Her last choreographed song remains Tabah Ho Gaye from Kalank, which features Madhuri Dixit.

Saroj Khan, winner of three National Awards, choreographed some of Bollywood's most iconic dance hits. Ms Khan choreographed evergreen tracks such as Hawa Hawai, Ek Do Teen, Tamma Tamma Loge, Dhak Dhak Karne Laga, among many other. She received National Awards for Yeh Ishq Haaye from Jab We Met, Dola Re Dola from Devdas and all the songs of Tamil film Sringaram.