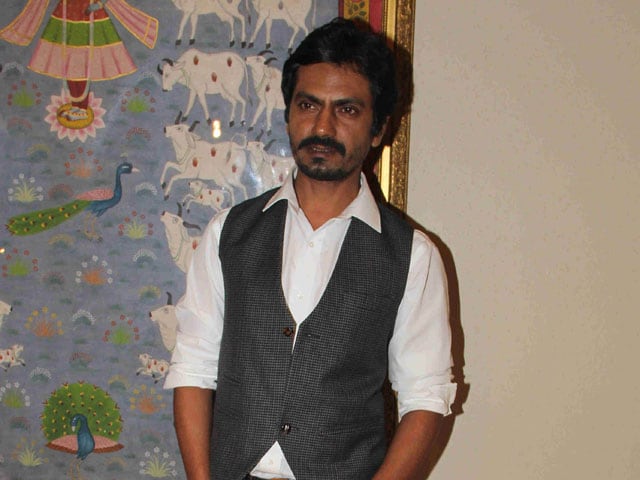 Nawazuddin Siddiqui photographed at an event.

New Delhi: Actor Nawazuddin Siddiqui said that he does not want to think about stardom as he fears that it will corrupt his performance.

"I don't think I am a star. I am just an actor. I don't even think about stardom. Maybe I should but I can't because I find this scary. I feel if I start thinking about the appreciation I get, it will corrupt my performance," said Nawazuddin.

"I get praised for the work I do so it is better for me to concentrate on my performances rather than the adulation that comes with it. I am very conscious about this," Nawazuddin told PTI.

The 49-year-old actor, who is riding on the success of his film Manjhi - The Mountain Man, wants to play to do a film like Mughal-E-Azam.

"I want to play a royal character. I want to do a period film. Something like Mughal-E-Azam. Somewhat like Dilip Kumar's role in the film. I have done romantic films and comedies so now I want to do something historical," Nawazuddin said.

The Bajrangi Bhaijaan actor said that he wants to be a versatile actor.(Also Read: Nawazuddin Siddiqui on Whether He'll Head to Hollywood)

"As an actor, I feel we should try every genre. We should be as versatile as possible. We should not be restricted to one image. Doing different kinds of films will only enhance an actor. We should not hold ourselves," he added.