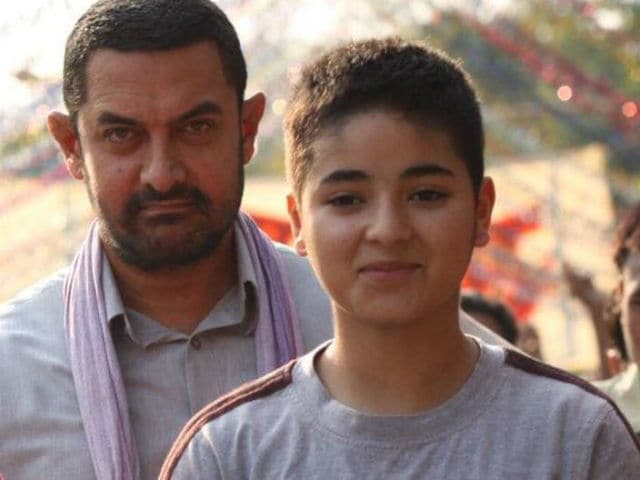 New Delhi: Actress Zaira Wasim, all of 16, has won the award of awards for her debut performance and says it's "very encouraging." Zaira, who played the junior version of wrestler Geeta Phogat in the Aamir Khan film Dangal, won the Best Supporting Actress prize at the National Film Awards. In a statement, she thanked both Aamir and director Nitesh Tiwari. "I am extremely happy. I would like to thank the jury for conferring on me this honour. My heartfelt gratitude to my family for believing in me and to Aamir Sir and Nitish Sir for supporting me. It is very encouraging to receive an award of this stature in my debut film, the appreciation has only got me more excited to work harder," she said.

Zaira Wasim made headlines months ago after she was trolled, allegedly for meeting Jammu and Kashmir chief minister Mehbooba Mufti. She posted a long Facebook note apologizing for giving offence, later deleting it. She received plenty of support on social media, including a tweet from Aamir Khan who described her as his "role model."

Aamir has cast Zaira as the lead in Secret Superstar, which he will produce and also make a special appearance in.

Promoted
Listen to the latest songs, only on JioSaavn.com
Zaira Wasim's win was Dangal's sole National Award - Aamir Khan's failure to win Best Actor has been questioned on Twitter, which is also debating the merit of Akshay Kumar's performance in Rustom being awarded over Aamir's.