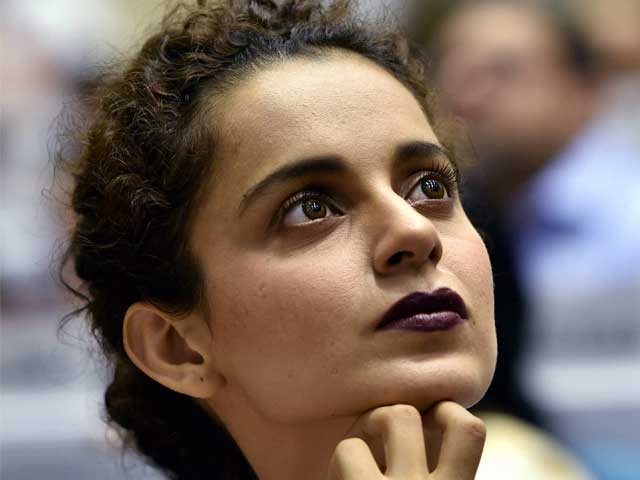 Kangana Ranaut, who won the National Film Award for her performance in Queen on May 3, is elated over the recognition. The actress says she never expected the film to do so well and she will celebrate her win in Mumbai.

This is her second award with the first one being in the Best Supporting Actress category for Fashion.

"That was Supporting Actress and this is Best Actress. Queen has also got another award. So, we will have a big celebration party in Mumbai," she told reporters.

Dressed in a body-hugging gown in pastel shade with a long flowing cape, the actress looked chic as she completed her look with a bun and a dark lip colour.

The film which narrates a story of an inspirational girl-next-door who embarks on her honeymoon alone after her prospective husband backs off, also won the honour in Best Hindi Film category.

Kangana portrays role of a simple girl named Rani. She was appreciated for the role from all quarters.

"I never expected Queen to get recognition at this level (winning a National Film Award). We are very happy that the film was accepted on such a wide scale," she said.

Actress Tripta Lakhanpal, who played role of Kangana's grandmother in the film, was also present to cheer for the actress at the award ceremony.

Promoted
Listen to the latest songs, only on JioSaavn.com
Produced by Phantom Films and Viacom 18 Motion Pictures, the film which was directed by Vikas Bahl also starred Rajkummar Rao and Lisa Haydon.