Read inOther Languages
This Article is From Nov 21, 2018

Nafisa Ali, Battling Cancer, Wants To Be 'Better In Time To Welcome Her Grandchild'

Nafisa Ali said: "I am glad I put out the news as it may help others to know more about the illness" 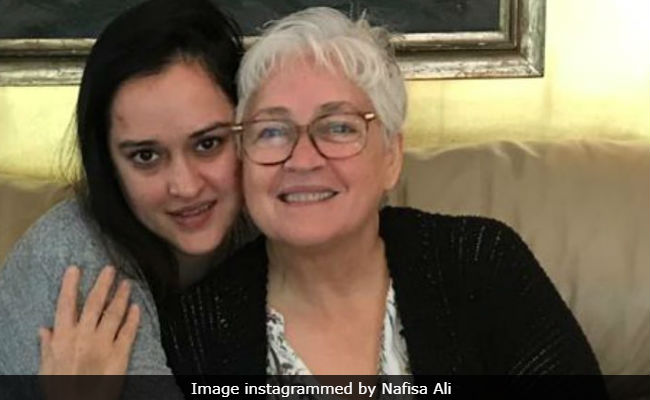 Nafisa Ali, who recently revealed that she was diagnosed with stage 3 of cancer, says she wants to get fit in time to welcome her grandchild in the first week of June, reports Mumbai Mirror. The actress politician said: "My children are the reason for me to overcome the cancer. My daughter is three months pregnant, she's due in the first week of June. I have to get better by then in time to welcome my third grandchild." Over the weekend, Nafisa Ali revealed on social media that she was diagnosed with Peritoneal and Ovarian cancers. In one of the photos she shared with her Instafam, Nafisa posed with her family members and wrote: "My children are my reason to get better through my cancer struggle and overcome. It's just going to take its own course with Peritoneal and Ovarian cancers."

Happy Birthday my darling Pia and my children are my reason to get better through my cancer struggle and overcome . It's just going to take its own course with Peritoneal & Ovarian cancer .

Speaking to Mumbai Mirror, Nafisa Ali also said that her husband Colonel RS Sodhi was "shattered" after she was diagnosed with cancer and added that her family is "rallying around her." She said: "Now, Pickles (husband Colonel RS Sodhi) brings me my medicines and makes sure I take them. He is 75 and shattered by the diagnosis, but my family is rallying around me. I tell them now that the reason for my bloated tummy was all the fluid that had accumulated inside. The doctors tell me I will lose weight so there's something good coming out of all this."

After Nafisa Ali shared her diagnosis on social media fans from all over the world wished her luck for her fight against cancer. "I didn't know people cared for me so much. And I am glad I put out the news as it may help others to know more about the illness," she was quoted as saying.

Just met my precious friend who wished me luck & to get well from my just diagnosed stage 3 cancer .