Nafisa Ali, 63, Shares A Beautiful Memory From When She Was 25 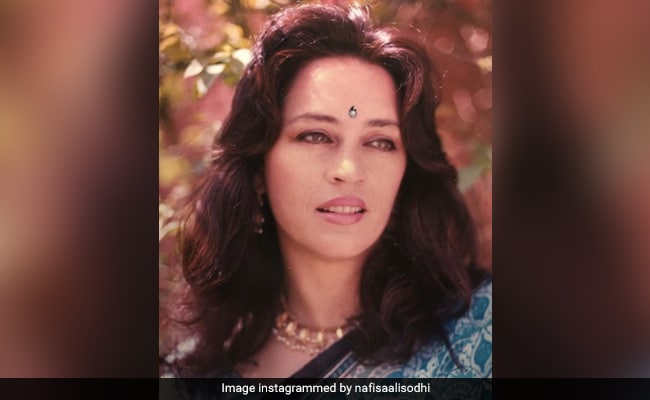 Did you see Nafisa Ali's latest post on Instagram? It's breathtaking. The actress, 63, made a trip down memory lane and fished out an old photograph of herself from when she was in her twenties. In the throwback photo, Nafisa Ali can be seen sporting a saree, a stunning neckpiece and a bindi. Needless to say, her beauty left her fans in awe. Sharing the picture, Nafisa Ali captioned it like this: "Found a memory...This was taken when I was 25 and I am 63 now." The actress' picture received a whole lot of love from her fans, who dropped comments such as "gorgeous always...then or now, doesn't matter" and "such a beautiful person in and out."

Check out Nafisa Ali's photo from when she was 25 here:

Last month, Nafisa Ali, who is a cancer survivor, shared a black and white picture of herself from the 1970s. Nafisa, who was just 19 when she won the Miss India title in 1976, can be seen wearing bell-bottom pants and knot crop shirt and holding a camera in the throwback picture. "I loved photography and still do. This was taken when I was 19 by my Dad after I returned from Tokyo with my new camera. I was the 2nd runner up in Miss International as I was Miss India 1976," she wrote.

I loved photography and still do . This was taken when I was 19 by my Dad after I returned from Tokyo with my new camera . I was the 2nd runner up in Miss International as I was 'Miss India 1976'

Nafisa Ali was the second runner-up at Miss International 1976 that was held in Tokyo, Japan in 1976. The actress, who is also a swimming champion, made her film debut with Shyam Benegal's 1978 film Junoon. She later featured in films like Major Saab, Life In A... Metro and Yamla Pagla Deewana. She also acted in a Malayalam film called Big B in 2007 with Mammootty.