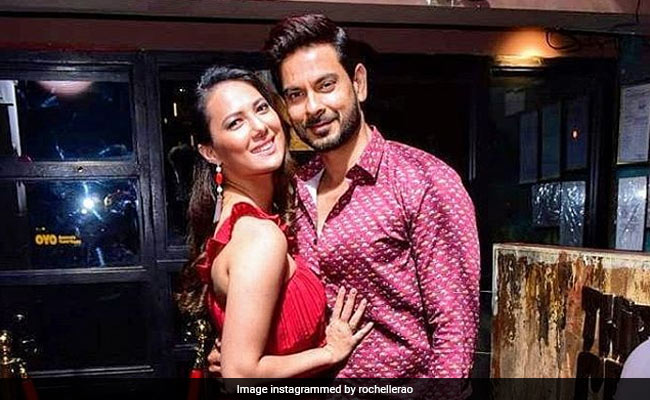 After Urvashi Dholakia confirmed her participation in the upcoming season of dance reality show Nach Baliye several media websites have published list of other probable participants of the show. On Thursday, Times Of India circulated a list of celebrity couples and ex-couples who are reportedly set to shake a leg on the show. In Nach Baliye 10, which is produced by Bollywood actor Salman Khan, celebrity couple with compete against celebrity ex-couples. Urvashi Dholakia, who is till date known for role as Komolika in Kasautii Zindagi Kay, is said to be participating with her ex-boyfriend Anuj Sachdeva.

When Urvashi shared a promo clip confirming her name for show she said that the showrunners haven't decided on her partner yet. However, as per latest intel, Urvashi will dance along with Anuj Sachdeva, who currently features in television show Ek Bhram Sarvagun Sampanna.

Among other ex-couples on the show are Vishal Aditya Singh and Madhurima Tuli, both of whom met on the sets of 2017 show Chandrakanta and fell in love. They called off their relationship in October last year.

Actor Faisal Khan, who earlier participated and won Dance India Dance Li'l Masters 2, is reportedly set to participate with Muskaan Kataria. Reports of their break-up recently started filling up several gossip columns. The show will reveal the truth of their current relationship status.

The ex-couples won't have an easy time on Nach Baliye 9 as several celebrity couples - most of them married - will give them stiff competition. Bigg Boss alumni Rochelle Rao and Keith Sequeira, actress Anita Hassanandani and her businessman husband Rohit Reddy, Vindu Dara Singh and Dina Umarova, wrestlers Geeta Phogat and Pawan Kumar, and actor Sourabh Raj Jain and his wife Riddhima Jain are reportedly all set to represent team couples on the show.

Speaking about bring the ex-couples together on the show, Salman Khan earlier said in a statement: "Its concept is very unique... to have ex-couples dancing together. The positive part is that there's no negative confrontation. You're not together anymore and you come back and you work together so past is forgiven, forgotten and you're working."

Nach Baliye 9 will be hosted by Sunil Grover and Jennifer Winget.