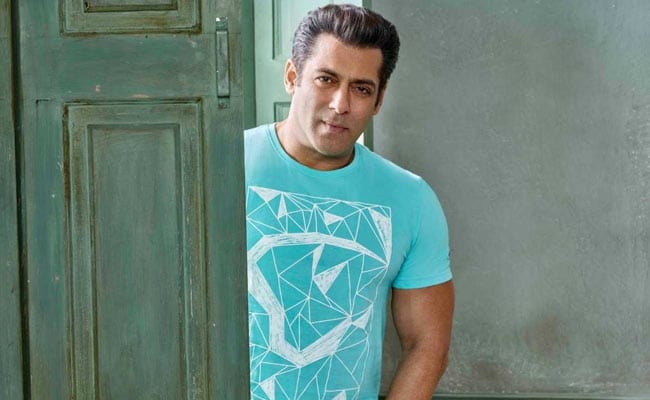 Salman Khan says the concept of Nach Baliye 9 is 'unique.'

Salman Khan, who is producing the upcoming ninth season of dance reality show Nach Baliye, says the concept of bringing ex-couples together is 'unique' and that the 'positive part is that there's no negative confrontation' between the ex-couples. Salman Khan said in a statement: "Yes, we are producing Nach Baliye as its concept is very unique to have ex-couples dancing together. The positive part is that there's no negative confrontation. You're not together anymore and you come back and you work together so past is forgiven, forgotten and you're working." In Nach Baliye, couples participate in pairs and each pair is assigned a choreographer, who prepares them for the weekly tasks set by the judges.

The ninth season of the show will be hosted by Jennifer Winget and Sunil Grover, who co-starred with Salman Khan in last week's big release Bharat. However, the judges for the show haven't been locked in yet.

Actor couple Vivek Dahiya and Divyanka Tripathi won the eight season of Nach Baliye while couples such as Karishma Tanna and Upen Patel (who were dating at that time), Shefali Zariwala and Parag Tyagi and Shakti Arora and Neha Saxena, among others participated in the show.

Meanwhile, Salman Khan is currently basking in the success of the aforementioned Bharat, which opened in cinemas on Eid. Salman Khan's film, based on Korean war drama Ode To My Father, is directed by Ali Abbas Zafar and it also stars Katrina Kaif.

Bharat opened to mixed reviews and it has collected over Rs 160 crore so far.