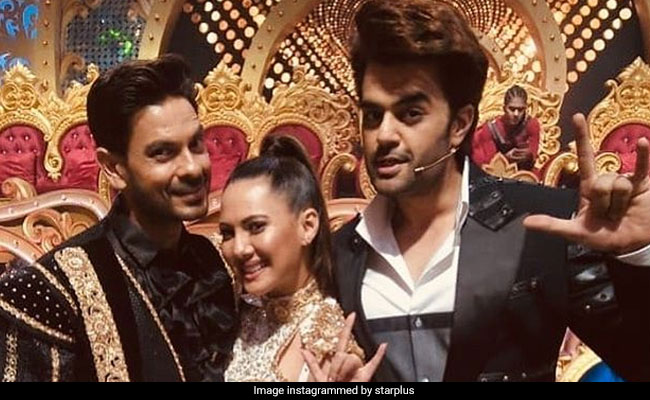 After the weekend episodes of Nach Baliye 9 , Twitter is mighty impressed with the contestants' performances. Within hours of Sunday's episode, netizens began cheering for the show, making Salman Khan rise up the trends list. For the uninitiated, Salman Khan produces the ninth season of the dance reality show. The hashtag - "#BhaiKaShowSuperhit" - trended on Sunday evening with Twitter users posting their favourite performances from the episode. "The level of props and stage and performances are on another level," read a tweet while another added: "It's just awesome." The ninth season of Nach Baliye is hosted by Manish Paul and actress Waluscha De Sousa while actress Raveena Tandon and choreographer Ahmed Khan are on the judges' panel. Here's a look at Twitter's reaction after watching Nach Baliye last night.

It is just awesome .@starplus#BhaiKaShowSuperhit@BeingSalmanKhanpic.twitter.com/aJ8Og5nKRc

The kind and queen - exactly like Keith and Rochelle @BeingSalmankhan#BhaiKaShowSuperhitpic.twitter.com/kBl1UfnfBp

Nach Baliye 9 has an interesting mix of contestants - ex partners have reunited to feature on the show as 'jodis'. Urvashi Dholakia joined the show with her ex Anuj Sachdeva while Vishal Aditya Singh and Madhurima Tuli are also exes. Aly Goni and Natasa Stankovik are also former partners, who have joined the show together.

Ahead of the show's launch, Salman had said in a statement: "We are producing Nach Baliye as its concept is very unique to have ex-couples dancing together. The positive part is that there's no negative confrontation. You're not together anymore and you come back and you work together so past is forgiven, forgotten and you're working."

This weekend's performance is quite personal for both of us! Don't forget to watch #NachBaliye9 on @starplus 8-9 PM @banijayasia @princenarula @star.aniljha @yuvikachaudhary #love #fun #cute #shoot #prince #yuvika #family #waheguru

A glimpse of what our weekend looked like!!! And now another week starts, another competition, another exam! We're hoping to score well once again, keep showering us with your love and wishes!#Faisaan @muskaankataria @banijayasia @starplus #Nach Baliye 9