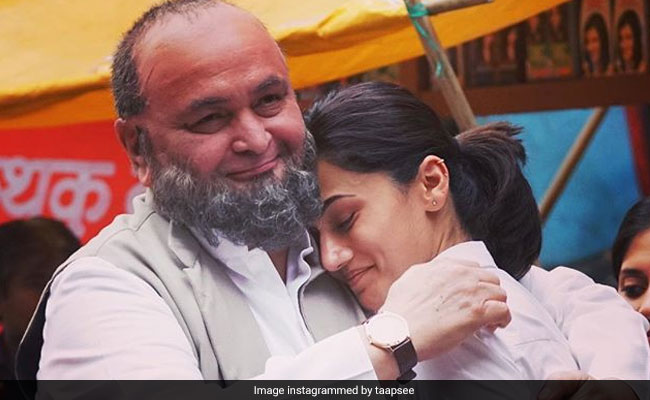 Taapsee Pannu, whose upcoming film Mulk is a courtroom drama, which revolves around the tribulations of a Muslim family accused of treason, said she wants to use "cinemas as a medium to express her opinion," news agency IANS reported. "Conflict started when we all grew up seeing certain hatred is also growing, that we read in the newspaper, see among few groups of people. Of course, such issues should be addressed and as an actress, all I can do is use cinema as a medium to express my opinion," IANS quoted Taapsee as saying. "Since I am an actress and not a social activist, cinema is the best medium for me to state my views. I cannot talk about issues randomly, so I would rather use acting as a tool to reach out to more and more people," she added.

The 30-year-old actress will portray the character of a defence lawyer, who will fight the case of the accused - Murad Ali Mohammad and his family. In an interview to mid-day, Taapsee had revealed that she drew inspiration from Amitabh Bachchan's character in PINK, which she was also part of. "On celluloid, Bachchan sir's character in PINK, his portrayal of a stern and convincing lawyer was the "best point of reference for me." Since I have worked with him in the film, I have learned how he executed the role. Sir's sternness is something I observed closely. He could build the aura that the character needed," mid-day quoted the actress as saying.

In a previous interview to IANS, the PINK actress had also said that it was "disturbing" to see a particular religion being "targeted". "It is disturbing to see it happens because my life is run by Muslims. My manager, my driver, my housemaid..are all Muslims and they are an inseparable part of my life. This is one of the reasons why I chose to do this film. If somebody has to stand up to address the issue, then I would love to take the responsibility. Doing this movie was a way of venting out how disturbed I felt because of how Muslims are treated," the actress told IANS.

After the trailer of Mulk was released earlier this month, Anubhav Sinha was subjected to severe social media bashing. The director of Mulk was accused of supporting a particular religion. Mr Sinha addressed an open letter to his detractors, wherein he slammed the trolls on social media. Here's what he tweeted: