Anubhav Sinha slammed trolls in an open letter on Twitter 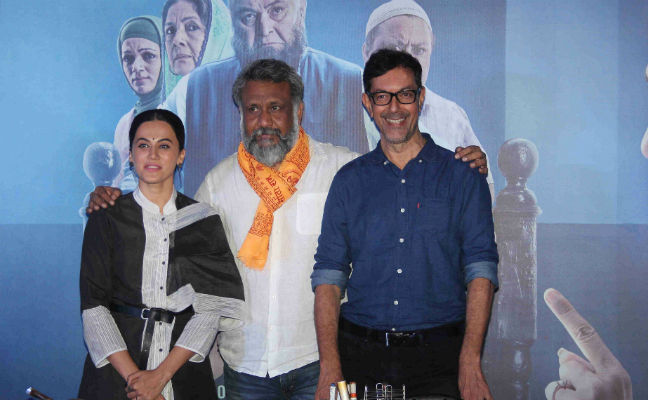 Anubhav Sinha at the trailer launch of Mulk

After the trailer of Mulk featuring Taapsee Pannu and Rishi Kapoor was launched, director Anubhav Sinha has been subjected to severe social media bashing. Trolls accused Mr Sinha of running a propaganda against a particular religion. Following the long trail of hate comments addressed to him, Anubhav Sinha tweeted an open letter to all the detractors and explained his stance over the entire matter. In his post, Anubhav Sinha slammed trolls and wrote: "You know what, people you troll have careers and a life. They come here whenever they can find time and go back to their lives and careers and you move on to the other target your master doesn't like. You do this day in and day out. This, my friend, has never been a career in any part of the world." The trailer shared by Anubhav Sinha on his Twitter handle has comments claiming that Hindus have been criticized in the film.

Anubhav Sinha's Twitter post also clarified that Mulk has not been funded by any political outfits or has any association with Dawood Ibrahim. "Mulk... No it is not funded by Dawood Ibrahim. You can ask him. Not even Congress. You can ask Rahul (Gandhi). Not even the RSS. You can check with Mohan Bhagwatji. It is funded by Mr Deepak Mukut and his father Kamal Mukut, a veteran in this business," the 53-year-old director wrote.

Anubhav Sinha cleared the air over what the film is all about and urged everyone to go and watch the film. "Mulk is a very nice film. It is not doing what you think it is doing. It is not about your masters. Hindus or Muslims. It is about you and it is about me and mostly it is about us. Please do write back the real nasty ones, but do go watch the film. You will still like it, because I know, a bit of you is still alive inside you," the Mulk director added.

In an interview to IANS, Taapsee Pannu had said how it is "disturbing" for her to see a particular religion being targeted time and again. It is disturbing to see it happens because my life is run by Muslims. My manager, my driver, my housemaid...are all Muslims and they are an inseparable part of my life. This is one of the reasons why I chose to do this film. If somebody has to stand up to address the issue, then I would love to take the responsibility. Doing this movie was a way of venting out how disturbed I felt because of how Muslims are treated," IANS quoted the actress as saying.

Besides Taapsee Pannu and Rishi Kapoor, Mulk also stars Neena Gupta, Rajat Kapoor and Prateik Babbar. Mulk is a courtroom drama based on a Muslim family's journey after they have been accused of treason.

Mulk hits the screens on August 3.