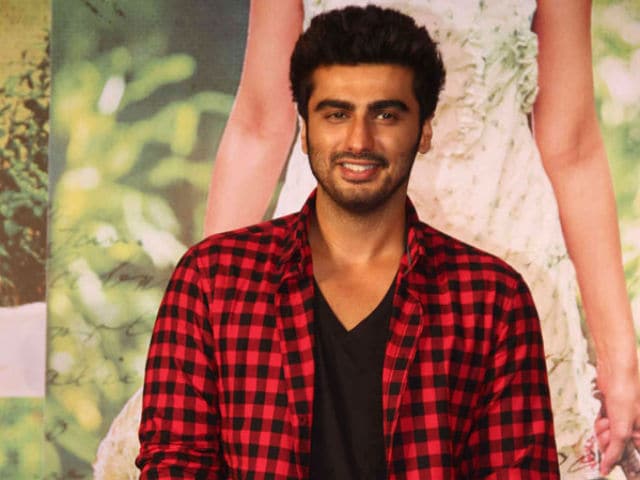 New Delhi: The makers of Mubarakan created quite a buzz when they decided to bring the real life jodi of Chacha-Bhatija, actors Anil Kapoor and Arjun Kapoor, onscreen. And now, they have another interesting update. The first look of Mubarakan is out and it has not one but two Arjun Kapoors. Confused? The Anees Bazmee directed film will see the actor in a double role. Arjun, who is currently in Chandigarh to shoot for Mubrakan, Instagrammed his two looks from the film-Karanveer Singh and Charanveer Singh. In one, Arjun is seen as a Sikh wearing blue Kurta Salwar, sweater and a turban. The other one has him wearing black leather jacket with pair of pants.

Arjun will be romancing Ileana D'Cruz and Athiya Shetty in the film.

Arjun, 31, posted his airport look while he was flying off to Chandigarh for the film's shoot.

He also Instagrammed a behind-the-scenes picture with Anil from the set of the film.

Promoted
Listen to the latest songs, only on JioSaavn.com
Mubarakan was first introduced by Anil in September.

Wedding of the year! Save the date #Mubarakan@BazmeeAnees@ashwinvarde@MuradKhetani@SnehaRajani#July28pic.twitter.com/IicyfNdwFA

Produced by Sony pictures, Mubarakan is slated to the hit the screens on July 28 next year.