Mr India Reboot On The Cards? 'After Sridevi, I Have Even More Reason To Make It,' Says Boney Kapoor 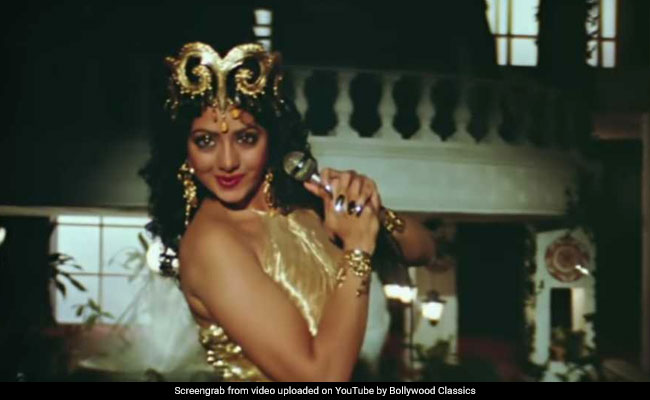 Sridevi in a still from Mr India. (Image courtesy: YouTube)

Filmmaker Boney Kapoor, who shelved the sequel to 1987 film Mr India after the film's lead actress Sridevi died in 2018, told mid-day that a reboot of the popular film is on the cards. The film recently completed 32 years and speaking about its reboot and a possible franchise, Boney Kapoor told mid-day: "The idea is to create a reboot first, and then, make a franchise of it. It needs to be made more contemporary. We have a basic structure in mind. We haven't decided on a timeline yet but intend to make it soon." Sridevi, who was married to Boney Kapoor, died by accidentally drowning in the bathtub of a hotel she was staying in Dubai.

"After Sri, I have even more reason to make the film now... If Shekhar (director Shekhar Kapur) is free, he can direct it. The cast and crew made the film what it was, and if anyone from the original line-up wants to be part of it, they can join us again," Boney Kapoor added.

On Wednesday, a few days after the film's 32nd anniversary, Shekhar Kapur tweeted: "What's with this film!! It's 32 years old today and refuses to age." He shared a picture collage comprising several film stills featuring Sridevi with Anil Kapoor, who played the title role. On his Twitter page, Anil Kapoor shared the same collage and wrote a note, which included praises for the film's action director Veeru Devgan, who died on Monday. "Mr India was made iconic by its children friendly action scenes and Veeru's Midas touch. I want to dedicate its 32nd anniversary to the man who made these unforgettable moments possible. Veeru Devgan was an amazing man and I'm lucky to have worked with him. He is sorely missed."

What's with this film !! It's 32 years old today and refuses to age. #mrindiapic.twitter.com/TueEoDkfOw

Mr India featured Amrish Puri as iconic villain Mogambo and it was one of the highest earning films of the year.