Mouni Roy Is Clearly Dreaming Of The Beach. See Proof

Mouni Roy shared some pictures from her previous vacations 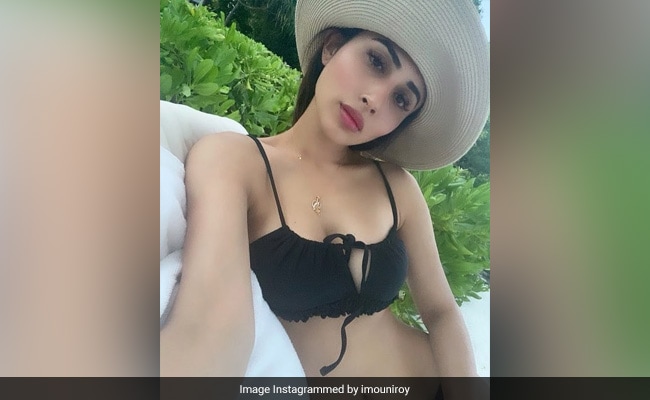 Mouni Roy is a certified beach babe and a cursory glance at her Instagram timeline will prove this. Now, the actress has added another bunch of pictures of herself to her long list of stunning beach vacation posts. In the images, the actress, who is dressed in a swimsuit, is seen lounging by the blue waters. In two of the throwback pictures, Mouni Roy is seen reading by the beach with a hat on her head, while in another she is laying down in a makeshift bed over the waters. Sharing the photos, she wrote, “Can I be here, pweez (please)?” as a hashtag.

A few days ago, Mouni Roy also shared another set of photos from her pool time, looking gorgeous as ever. The actress shared the photos and let them do all the talking, refraining from adding a caption. Reacting to the post, actress and presenter Mandira Bedi wrote, “Oh my,” with fire and heart emojis.

Before that Mouni Roy shared a Reels in which she is seen strutting on a beach in Dubai like the diva that she is. Sharing the video, she wrote, “Life with its gleams of sunshine.”

From the same trip, Mouni Roy also posed for a photo in a restaurant located on the beach. In the caption of the video, she said, “If it feels good it must be…” Fans of the actress could not stop gushing about how lovely she looks in the picture.

During Mouni Roy's recent trip to the Maldives too, she treated her Instafam with images and videos from the island country. Sharing one such post, the star wrote, “Dream a lil dream of me.”

Mouni Roy rose to fame with her stint in television shows. The actress has played pivotal roles in several hit shows such as Kyunki Saas Bhi Kabhi Bahu Thi, Devon Ke Dev...Mahadev and Junoon – Aisi Nafrat Toh Kaisa Ishq. She has also appeared in popular films such as Made in China, Romeo Akbar Walter and Gold. She will be seen next in Brahmastra which stars Ranbir Kapoor and Alia Bhatt in lead roles.