In the video, shared by Mouni Roy's fan clubs, the actress is seen dancing to Mere Rashke Qamar, with all the nazaakat and adaayein 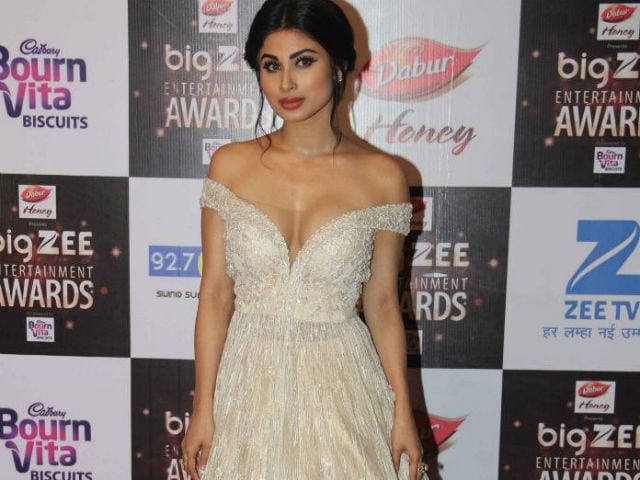 New Delhi: A dance video of television actress Mouni Roy, best-known for her role in Naagin, is breaking the Internet currently. In the video, shared by one of Mouni's fan clubs, the actress is showing off her dance moves. Dressed in a grey suit, Mouni dances to Mere Rashke Qamar, with all the nazaakat and adaayein. Mere Rashke Qamar is a song from Ajay Devgn's forthcoming film Baadshaho. (Mouni, we loved the steps). "Mouni Roy, you are fabulous," reads one of the comments on the video. Besides serials, Mouni, 31, has been a part of various dance reality shows like Zara Nachke Dikha and Jhalak Dikhhla Jaa. She has also performed at various award shows. Mouni also appeared on few episodes of Bigg Boss 10, hosted by Salman Khan. Watch Mouni dance to Mere Rashke Qamar here.

Mouni Roy is currently prepping for her Bollywood debut, co-starring Akshay Kumar. The film, titled Gold, stars Mouni in a pivotal role. "Mouni will be seen in a completely different avatar to suit the era. She will film for 20-25 days in August and is one of the few female characters in the otherwise male dominated narrative. She will be shooting extensively with Akshay," Mumbai Mirror quoted a source as saying. Gold is a biopic based on the life of hockey player Balbir Singh and will be directed by Reema Kagti.

Mouni wrapped the shooting of Naagin 2 a couple of months ago. Later, she flew to Chicago for a holiday.