The actress was caught on camera while she was busy reading a script. But soon, she spotted the camera and began posing in all glory. 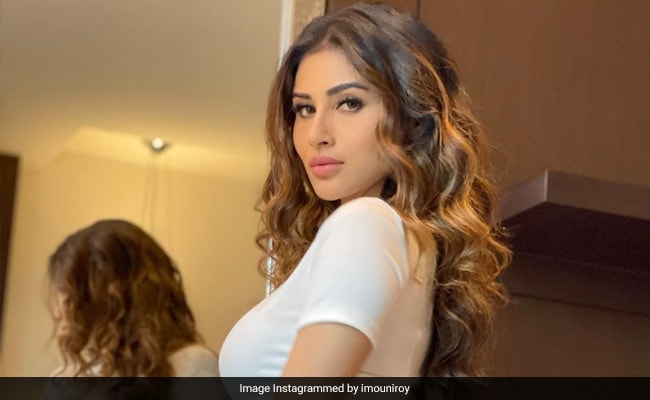 Mouni Roy's busy days aren't yet over. Even with tight schedules, she keeps us posted with cute and quirky selfies and videos. But that doesn't mean we shouldn't get a chance to see her candid shots. The actress shared a set of photos on Instagram where she is seen reading a script by a mirror. Sometimes she is poring over the sheet, other times she is smiling and posing for the camera. Her hashtag revealed that two of these photos are candid shots while the rest are "not so much." Now we know, Mouni is always camera-ready and we better not doubt that after seeing her photos.

Dressed in white sets and wrapped in her curly tresses, the actress is probably giving her script a serious reading when the first photo is shot. Soon Mouni turns and understands that it's time to say hello to the camera. Then she goes on smiling and posing.

In the caption, Mouni wrote the hashtags "rise, slay and shine" and "two candids, rest not so much."  TV actress Aashka Goradia commented on the photos with heart-eyes and fire emojis. TV actress Adaa Khan also left fire emojis on the post. 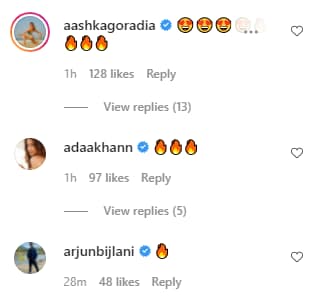 Meanwhile, Mouni is also celebrating her latest music video by regularly posting about it. She is keeping us entertained with an array of "behind the scenes" snapshots as well. The actress stunned us with her looks and her dance moves in the video and the photos with her crew only make her more endearing to us.

Only, two days ago, she shared a clip from the music video on her Instagram page. Take a look:

At the same time, Mouni is focussing on her new project with actor Abhay Deol. But for Mouni, focusing doesn't mean all work and no play. That's too dull for her. She fills her moments at the set with funny selfies with Abhay Deol and also posts Boomerangs with him on Instagram. Here we have some pictures of the two. "As Lost as Alice. As mad as the Hatter," she wrote in the caption.

A week ago, the fashion diva was seen on the sets of another project and she did not miss a chance to show off her royal looks and the palatial setting.

What do you have to say about Mouni's candid shots?