Rajkummar and Shehnaaz danced to Love You So Much from Monica, O My Darling 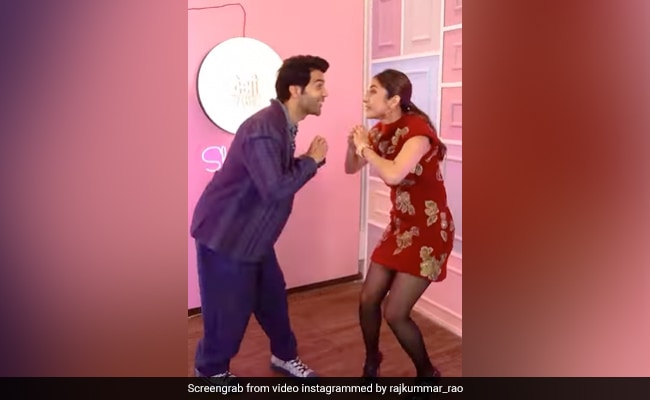 Shehnaaz Gill launched her chat show this week and guess who was her first guest? None other than Rajkummar Rao, whose film Monica, O My Darling released on Netflix today. Rajkummar had a whole lot of fun with Shehnaaz on the sets ofDesi Vibes With Shehnaaz Gill.A glimpse of their fun time was also shared by the duo on Instagram. In the video, Rajkummar and Shehnaaz are seen grooving to the recently released song Love You So Much from Monica, O My Darling. Their ROFL expressions are too good to miss. Sharing the clip, Rajkummar wrote, “Monica Shehnaaz Monica Shehnaaz, kis pe dhyaan doon? Bohot maaza aaya aapse baat karke (had lots of fun talking to you) and to dance with you to one of my favourite tracks. Thank you for inviting me to your show, lots of love and best wishes, Shehnaaz Gill.” Rajkummar also added the hashtag of his film to the caption – Monica, O My Darling.

Shehnaaz Gill invited Rajkummar Rao to promote his film Monica, O My Darling on the first episode of her chat show. She “manifested” this moment and it did come true. The actress-singer “is on the moon, literally.” Shehnaaz expressed her happiness over working with “very talented Rajkummar Rao” while sharing photos of themselves from the show. She wrote, “Dreams do come true… and today was one such moment when what I manifested came true. I always wanted to work with the very talented actor Rajkummar Rao and today, I shot with him as my guest on my first-ever chat show - Desi Vibes With Shehnaaz Gill. I am on the moon literally.”

“Thank you so much for honouring my request, Rajkummar Rao, you know you are the best,” added Shehnaaz Gill and requested her fans to watch his new film on Netflix.