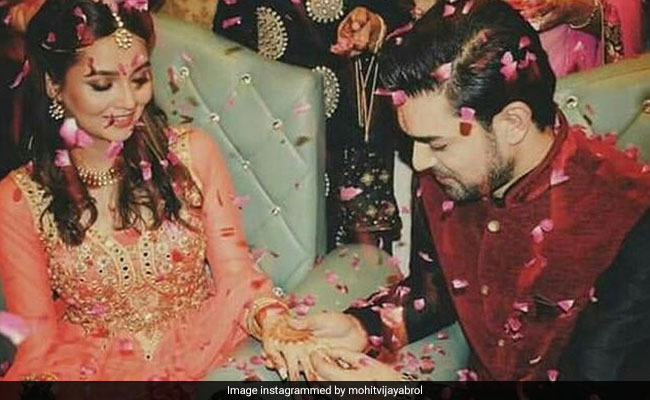 On Monday, a post shared on television actor Mohit Abrol's Instagram page went viral, which stated that the actor tried to commit suicide after learning about his fiancee Manasi Srivastava's alleged infidelity. On Tuesday, Mohit Abrol claimed that his Instagram account (and also his Twitter account and Facebook page) was hacked and added in his statement that someone 'made up a bad story' to 'defame Manasi Srivastava.' Mohit Abrol, who has starred in shows like Meri Aashiqui Tum Se Hi and Pyaar Tune Kya Kiya, shared his statement (which he later deleted) on his Instagram page, which was apparently restored overnight and he also said that he will make a 'police complaint about the entire incident.'

"Nothing that was mentioned in that post is true. Someone wanted to defame Manasi and (they) made (up) a bad story. I'm really saddened and disgusted by the person who did it. I'm launching a police complaint about the same. The news has deeply impacted our families and us," read an excerpt from Mohit Abrol's statement. 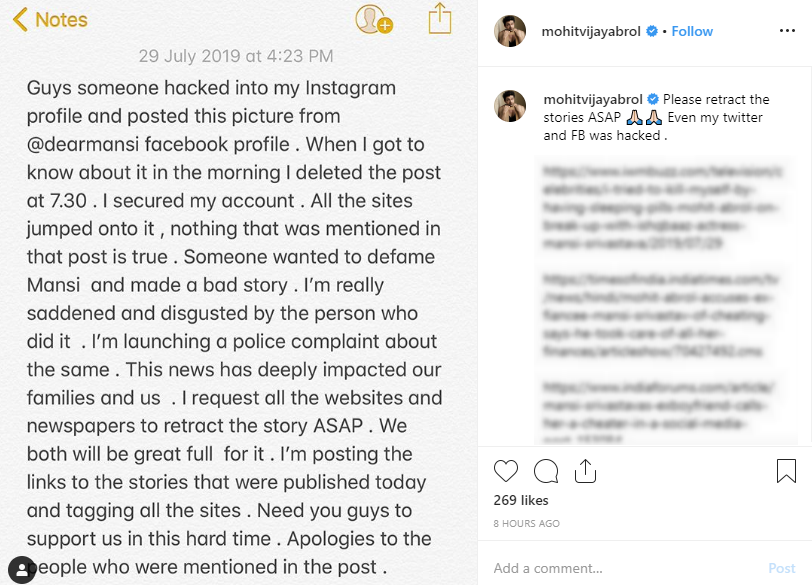 The aforementioned viral post stated that after learning about Manasi's alleged affair, Mohit tried to commit suicide by consuming sleeping pills, after which he was rushed to the hospital. "I got up after three days in the ICU and you were not even there... I'm proud that I survived whatever you did to me but karma isn't so kind you will get what you deserve not now but you will," the now deleted post read.

Mohit Abrol started his small screen journey in 2014 with Balika Vadhu and he went on to feature in shows like Razia Sultan, Pyaar Ko Ho Jaane Do and Kavach... Kaali Shaktiyon Se. He was last seen in 2017 show Porus.