"I think this transformation is a natural progression that was bound to happen. Now, a web show is no less than a film," Ali Fazal said 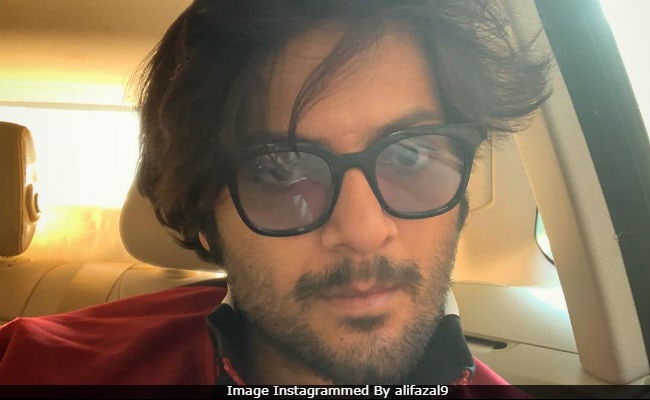 Working in American TV show Bollywood Hero to sharing screen space with Oscar-winning veteran actress Judi Dench in the British-American film Victoria & Abdul, making a mark in Bollywood in the beginning of his career with his presence in the National Award-winning film 3 Idiots to becoming a part of web series Mirzapur, actor Ali Fazal has successfully dabbled in different realms of the entertainment world.

The actor says the entertainment industry going through a positive transformation where the lines between web series and feature films are blurring to celebrate good stories over screen size.

"I think this transformation is a natural progression that was bound to happen. Now, a web show is no less than a film. This is the same phase Hollywood went through five years ago when, whether it was OTT (over-the-top) platforms like Netflix, Amazon Prime or even television, they offered their audience... great content. That time, cinema faced a challenge," he said.

"Now, globally, the youth is smart enough to consume content on their smartphones, smart TV and the demand for content is increasing," added the Fukrey actor.

Ali has appeared in Hollywood film Furious 7, and has travelled with his movies to various international film festivals.

According to the actor, though India is a nation that celebrates cinema on the big screen more, the constant demand for good content by the audience has led content makers to invest in quality production to match the international level.

"That is precisely the reason why, these days, we get to see the extensive promotion and publicity of even web shows, and those are as good as those of a feature film. Perhaps that is why a large audience waits for the digital release of a film, rather than its theatrical release, unless it is an event film that demands to be experienced on the big screen," said the Happy Phirr Bhag Jayegi actor.

A question arises on why "content-driven Indian films" that get wide recognition internationally hardly survive in Indian theatres?

"Well, in Hollywood, superhero films are commercial potboilers but they also give space for films that win awards like Oscar, Golden Globe and travel to film festivals. Abroad, there is room for every film because every story has its audience. In our country, it is success driven... If a film earns box office numbers, the film will be in the theatre -- whether it is artistically good or not. The good thing is, that is changing now," Ali said.

The actor has been widely lauded for essaying the role of a gangster named Guddu Pandit in the Amazon Prime web series Mirzapur. Its second season will be out in 2019.