Mira Rajput's Holiday Postcard Is Magical. Can You Guess The Location?

"Look for the magic in every moment," wrote Mira Rajput 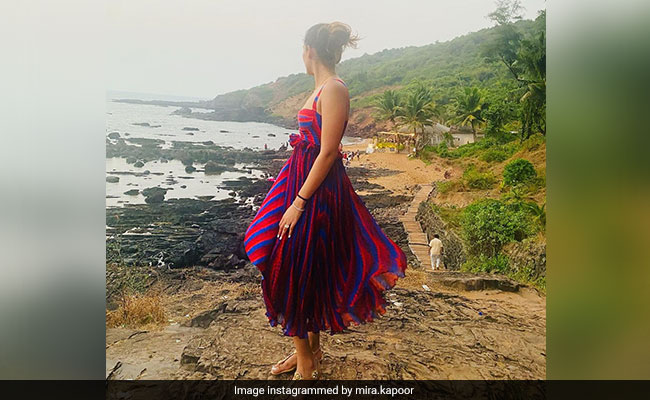 Mira Rajput shared another perfect holiday greeting on her Instagram profile on Tuesday. Mira, who is holidaying with her husband and Bollywood actor Shahid Kapoor in Goa, shared a bunch of pictures on her profile. In the first one, she can be seen dressed in a flowy outfit as she admires the landscape. The second shot shared by her is a close-up, in which she can be seen flashing a bright grin. Mira Rajput's caption on the post read: "Look for the magic in every moment." Mira's Instafam filled up her post with heart emojis. Take a look at Mira Rajput's post here:

A few days ago, Mira shared a stunning shot from her vacation diaries and she wrote: "You can call me Jasmine." This is the post we are talking about:

Over the weekend, Shahid Kapoor posted a sun-kissed picture of himself from his vacation and he wrote: "Sunny side up." It would be ok to say that the picture was burning up Instagram. Check out the picture here:

Shahid Kapoor, son of actors Pankaj Kapur and Neelima Azeem, married Mira Rajput in July in 2015.Their daughter Misha was born a year later in August. Shahid and Mira are also parents to a son named Zain, who they welcomed in the year 2018. Shahid Kapoor is a star of films like Udta Punjab, Haider, Jab We Met, "Padmaavat" and Ishq Vish. His last film was the 2019 hit Kabir Singh, co-starring Kiara Advani. The actor will next be seen in the sports drama Jersey, in which he stars as a cricketer.