Mira Rajput Has Three Faces. "The Third Face, You Never Show Anyone." We Got Lucky

Mira Rajput poses in a cowl shirt for three photos. Under each one, she mentions the "face" relevant to the pose. 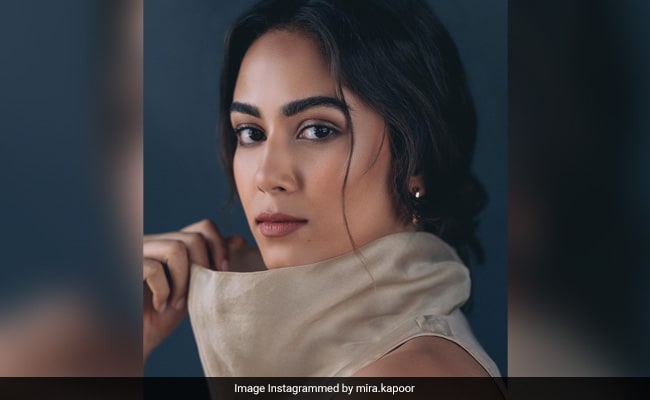 What makes up a photo and a caption with which we can resonate deeply? All we need is Mira Rajput and a Japanese proverb. Her bent towards the mystical is an open secret. Now, she has put up her photos on Instagram with a proverb that talks about the three faces of a human. Mira Rajput poses in a cowl shirt for three photos. Under each one, she mentions the "face" relevant to the pose. The mother of two starts it off with the first photo where we see her covering the lower half of her face. While the snap itself is a stunning click, the caption adds to its enigma. She wrote, "The Japanese say you have three faces. The first face you show to the world."

In the second one, Mira Rajput has lowered her collar and looks straight at us. We see her face more clearly but it is still obstructed by her hands. The caption reads, "The second face you show to your friends and family." Now, we are sure she is representing each line with her pose.

In the last picture, Mira Rajput is simply holding the collar at chin level. She wrote, "The third face, you never show anyone. It is the truest reflection of who you are." While we can't be sure that the saying is an authentic Japanese proverb, we can be certain that she is leaving us a beautiful message through her posts.

Shahid Kapoor's wife is known for her light-hearted self. She loves to have fun even at her photo-op shoots. Only two days ago, in a behind the scenes video she is seen wildly flipping her hair for a perfect shot. We can't miss the smile and the fun she is having while doing it.

Her photo-op shoots can be a fun time as she adjusts to her surroundings and prepares for good shots. Mira Rajput also likes to make fun Boomerangs for her online family. When work is filled with fun, she doesn't mind Sunday schedules. This video is proof.

Mira Rajput knows how to keep her grounded in work as well as at home. Tell us what you think about her posts.