Milind Soman's Modelling Career Summed Up In Four Pics. Which One's Your Favourite?

Milind Soman packed four of his old photos, ranging from the Nineties to the Twenties 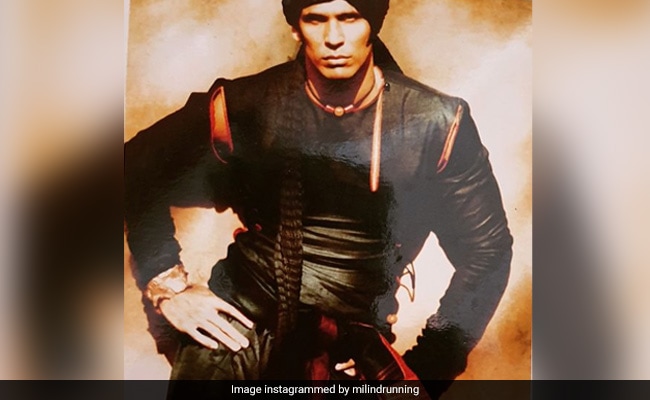 This Throwback Thursday, Milind Soman dropped a bomb - he packed four of his old photos, ranging from the Nineties to the Twenties, into one album for his fans. The first entry in Milind Soman's album is from one of his very first photoshoots dated 1990 and the next one is from when he posed nude and created a stir in the modelling industry. Next, Milind added a photo of him from a Marathon photoshoot in 2008 and then wrapped his post with glimpse of a modelling assignment from last year. "1990 - 1994 - 2008 - 2020. Throwback Thursday: one of my first fashion shoots to one of my last," Milind captioned his post.

Milind Soman started his career as a model in the late Eighties and was one of the most sought-after names in the modelling world of his time. In a Throwback Thursday post once, Milind wrote that he didn't even know modelling was a career when he got his first assignment: "When I look back and think that when I was offered my first job as a model in 1988, I was studying to be an engineer, I was not even aware of modelling as a profession, but I just jumped in at the deep end. And it was just so much fun."

In 1995, Milind Soman and his then-girlfriend Madhu Sapre featured in a controversial print advert for Tuff shoes, posing nude and with a python wrapped around.

While ruling the modelling industry in the Nineties, Milind Soman also featured in Alisha Chinai's Made In India music video in 1995. Milind Soman also featured in his first TV show A Mouthful Of Sky that year. He forayed into Bollywood in 2000 with Tarkieb and has starred in films such as Bajirao Mastani, Nakshatra, Say Salaam India, Rules: Pyaar Ka Superhit Formula and Chef. He was last seen in the web-series Paurashpur.