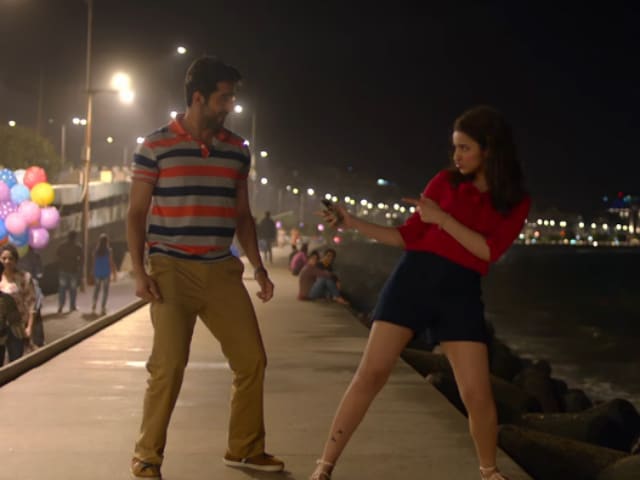 Meri Pyaari Bindu Song Haareya: A still from the song

New Delhi: Haareya, the first song from Meri Pyaari Bindu is here and shows author Abhimanyu Roy's novel and life clearly revolves around Bindu. Abhi and Bindu are the characters which Ayushmann Khurrana and Parineeti Chopra play in their upcoming film Meri Pyaari Bindu. Sung in typically Arijit Singh style, Haareya basically underlines how Bindu has found a permanent place in Abhi's heart. In the film, Abhimanyu narrates the story of Bindu, who was an aspiring singer and wants to become a rockstar. The older version of Abhi mostly features with his typewriter and as taking occasional trips down the memory lane. His story looks like a story of separation from Bindu for we still don't know where she currently is.

Promoted
Listen to the latest songs, only on JioSaavn.com
Watch Haareya from Meri Pyaari Bindu:
Composed by Sachin-Jigar, Haareya has lyrics by Kausar Munir, Priya Saraiya and Vayu. Directed by Akshay Roy, the film casts Ayushmann Khurrana and Parineeti Chopra for the first time. This is also the first time that actor-singer Ayushmann will be seen playing a Bengali character in a film while Parineeti describes her role as "special."

Meri Pyaari Bindu is slated to hit screens on May 12.