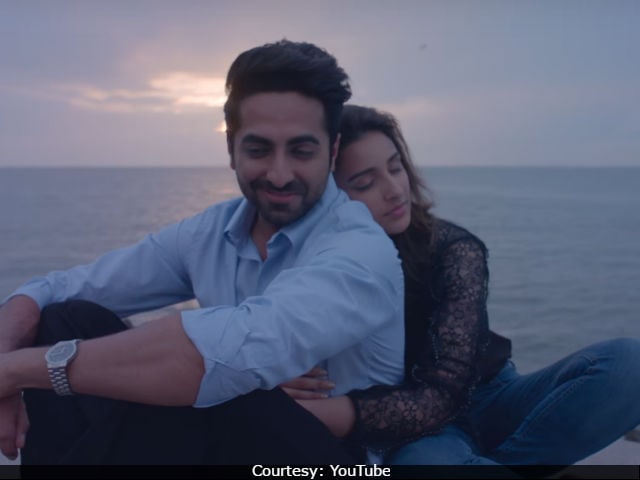 Parineeti Chopra And Ayushmann Khurrana in a still from Afeemi (Courtesy: YouTube)

New Delhi: The third song of Parineeti Chopra and Ayushmann Khurrana's upcoming film Meri Pyaari Bindu was unveiled today. Titled Afeemi, the song beautifully captures Abhimanyu (Ayushmann) and Bindu's (Parineeti) love. Afeemi also tracks Bindu's journey from an aspiring singer to a rockstar. We totally loved Abhimanyu's character, as he was always by his lady love's side throughout her journey. Also, don't miss their rocking baarish dance. Meri Pyaari Bindu, directed by debutant Akshay Roy, is set in Bengal. Ayushmann, 32, plays a writer while Parineeti, 28, as you know, features as a singer, who dreams of becoming a rockstar. Afeemi is sung by Jigar Saraiya and Sanah Moidutty. The lyrics courtesy goes to Kausar Munir.

Afeemi is sure to find a place in your playlist. Don't believe us? Watch the song here.


Ahead of the song's release, both the actors released Afeemi teaser on their social media accounts. Check them out here:

Of her role as Bindu in the film, Parineeti earlier told news agency IANS, "She is a mad girl who just wants to be a rockstar and nothing else. Such a special role for me."

Promoted
Listen to the latest songs, only on JioSaavn.com
Five trailers of the film have been released so far. Meri Pyaari Bindu also stars Bengali actors Aparajita Auddy and Rajatava Dutta.

Meri Pyaari Bindu releases on May 12.