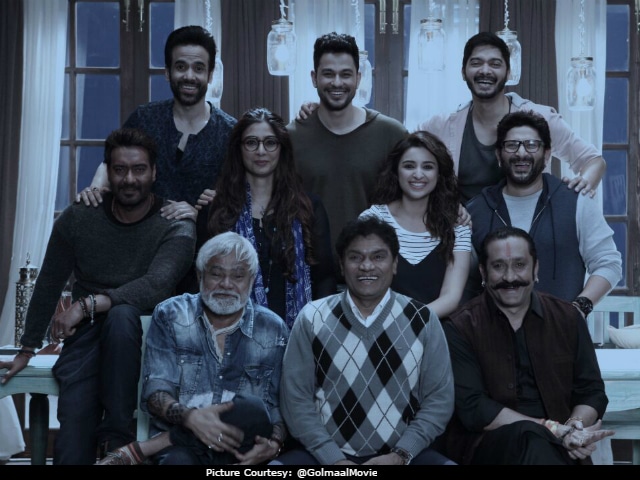 Parineeti Chopra photographed with the team of Golmaal 4 (courtesy: GolmaalMovie)

New Delhi: Actress Parineeti Chopra has wrapped the shooting of Meri Pyaari Bindu is now all set for a Bollywood golmaal with the fourth instalment in Rohit Shetty's Golmaal series of films. in which she has made her singing debut, and said starring in Golmaal Again will be a "nice change," reported news agency PTI. Parineeti, who currently wrapped the first shooting schedule of Rohit Shetty's comedy, said: "I am enjoying it very much. It's a lot of fun. After Meri Pyaari Bindu, Golmaal will be a nice change for me as well as the audiences," reported news agency PTI. Team Golmaal Again will soon begin with the next leg of shooting in Hyderabad.

In her interview, Parineeti also elaborated that her films are not really genre-specific and that working in a Rohit Shetty film is like an achievement for her. "I don't think I have a genre at all. I'm just trying to do all kinds of films. It's an honour for me to work with Rohit Shetty. He is the biggest commercial director of the country, making the biggest franchise Golmaal," PTI quoted Parineeti as saying. Rohit Shetty has so far released Golmaal: Fun Unlimited, Golmaal Returns and Golmaal 3 in the years 2006, 2008 and 2010 respectively. Golmaal Again is expected to hits screens in November.