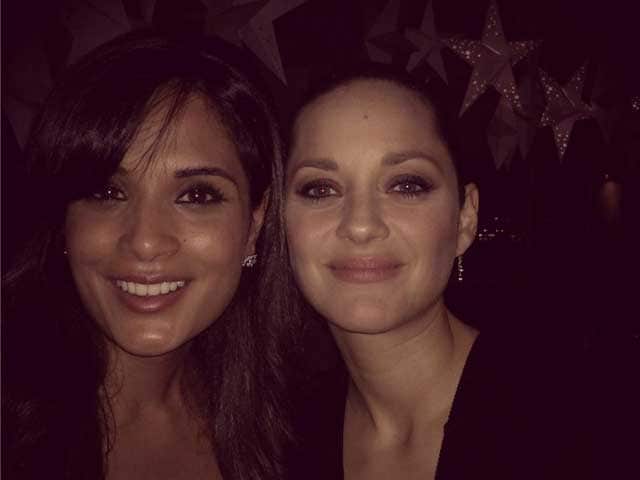 Cannes, France: Richa Chadha, whose film Masaan has bagged two awards at the ongoing Cannes International Film Festival, was left speechless as she got an opportunity to meet her idol - French actress Marion Cotillard at the gala.

Speechless when I met my idol in flesh. #MarionCotillard. Thank you #MasaanAtCannes and Melita. UNBELIEVABLE. pic.twitter.com/Y7CpJT7ffa

Promoted
Listen to the latest songs, only on JioSaavn.com
Masaan, which explores the journey of four people from a small town, won the Promising Future Prize and the International Federation of Film Critics (FIPRESCI) award at the ongoing festival on Saturday.

An ecstatic Richa had tweeted after the awards were announced

This is the best day! Keeps getting better. MY GOD.#MasaanAtCannes is coming home with 2 awards. Thrilled. Thank you everyone for the wishes

"No Chautha For Rajiv Kapoor Because Of Pandemic," Says Neetu Kapoor. See Her Post