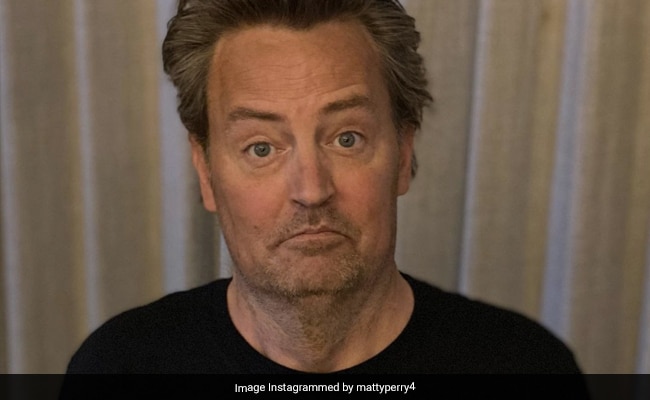 Just a week after the F.R.I.E.N.D.S Reunion, Matthew Perry began trending. The actor and his fiancée Molly Hurwitz have called off their engagement, People reports. "Sometimes things just don't work out and this is one of them," People quoted the 51-year-old actor as saying. Matthew Perry wished Molly Hurwitz, 29, the best in life and added, "I wish Molly the best." The couple began dating in 2018 and got engaged in November 2020. In an interview with the same news portal, confirming his engagement to Molly, Matthew Perry had said, "Luckily, I happened to be dating the greatest woman on the face of the planet at this time."

Matthew Perry was previously in a long term relationship with actress with actress Lizzy Caplan - they parted ways in 2012. Matthew Perry frequently shared pictures of Molly on his Instagram profile when they were together. See some of the posts here:

Rumours about Matthew Perry and Molly Hurwitz's relationship surfaced when loved-up photos of the couple outside a restaurant in Los Angeles went crazy viral a few years ago.

Matthew Perry famously starred as Chandler Bing in the iconic TV series F.R.I.E.N.D.S. The sitcom also starred Jennifer Aniston as Rachel Green, Courteney Cox as Monica Geller, Lisa Kudrow as Phoebe Buffay, David Schwimmer as Ross Geller and Matt LeBlanc as Joey Tribiani. It followed the lives of six friends living in New York as they navigated personal and professional joys and tribulations, much of it converging around a coffee shop named Central Perk. The actors recently reunited for a F.R.I.E.N.D.S Reunion, which is streaming on HBOMax and Zee5.