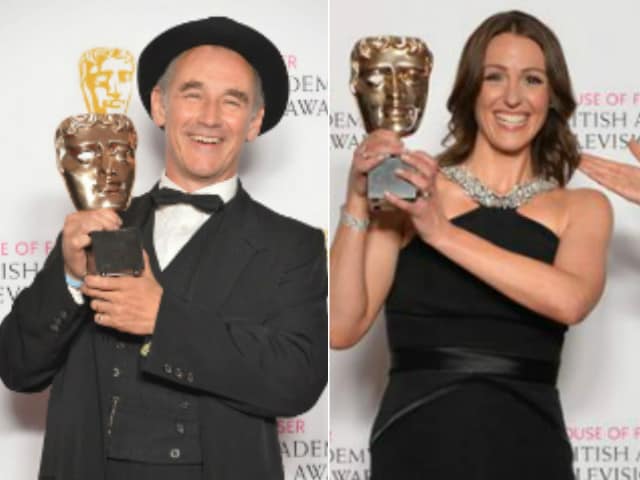 London: Mark Rylance is celebrating once more after scoring the Leading Actor prize at the British Academy of Film and Television Arts (BAFTA) TV Awards.

The 56-year-old actor earned both an Oscar and BAFTA Film award for his role in Bridge of Spies, and he locked up another accolade at the London ceremony for his work in acclaimed series Wolf Hall.

Surprisingly, Mr Rylance admitted that winning the award for TV was actually more nerve-racking than the other high-profile award galas he's attended this year.

"I'm so much more nervous at this ceremony tonight than I've (been). Because I've been rather celebrated this year, more than is good for any man. (I've been) at the Academy Awards and the Golden Globes and Australian Academy Awards. But this - the quality of the talent here, and the wit and everything tonight - it makes you want to stay home and watch television. But I was more nervous than I've ever been than any of those other things," Mr Rylance said.

The historical miniseries, which also stars Damian Lewis, was also given the drama series trophy, beating out the likes of Humans, The Last Panthers and No Offence.

Suranne Jones won Leading Actress for her role in Doctor Foster while other acting nods went to Tom Courtenay as Supporting Actor in Unforgotten and Chanel Cresswell as Supporting Actress in This Is England '90, which also won the miniseries trophy.

Lenny Henry was also presented with the Alan Clarke prize, named in honour of the late TV director, for his outstanding contribution to television.