Manoj Kumar said, "I am happy that superstars like Salman and Akshay are playing heroes who can bring about a social awakening" 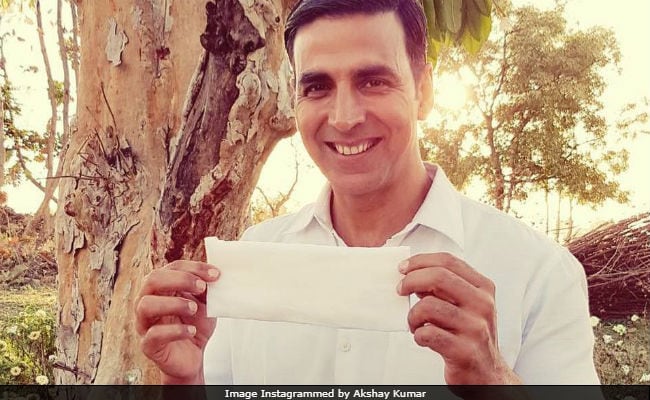 New Delhi: Veteran actor Manoj Kumar, best known for his on-screen patriotism, is 'happy' that 'superstars' such as Salman Khan and Akshay Kumar are bringing about social awakening through their films, reported news agency IANS. The Purab Aur Paschim star told IANS that he sees both actor carrying forward the legacy, which he started with his films like Upkar and Roti Kapda Aur Makaan. "It's not as if I had any copyright claims over the name Bharat. Anyone and everyone is Bharat. I am happy that superstars like Salman and Akshay are playing heroes who can bring about a social awakening, a new dawn, naya Bharat," IANS quoted Manoj Kumar as saying.

Speaking of the legacy behind the name Bharat, Manoj Kumar told IANS that Salman Khan is doing a film titled Bharat and Akshay Kumar has been doing the kind of cinema, which he believes will bring the change in society. "If you are sincere to your work, and if you are sincere in your desire to bring about change in society, the audience will embrace your efforts. I see honesty in Salman and Akshay's work that cannot go unrewarded," the 81-year-old actor told IANS.

Manoj Kumar also revealed that he's eager to direct another film soon. Talking about the project, Manoj Kumar told IANS that he wanted to make a film titled Naya Bharat with yesteryears superstar Rajesh Khanna in the late 70s.

But now he feels that he would like to make Naya Bharat, starring both Salman Khan and Akshay Kumar. "I want to die with my chappals on. I plan to get back to direction at the earliest," he told IANS.

Promoted
Listen to the latest songs, only on JioSaavn.com
Akshay Kumar has done a couple of social dramas such as Toilet: Ek Prem Katha and PadMan. The former is a film about the need for construction toilets and awareness about sanitation while the latter is based on the life of Arunachalam Muruganantham, a crusader of menstrual hygiene in his village.