Manisha Koirala From Way Back When. See Pic Of Her From First Photoshoot 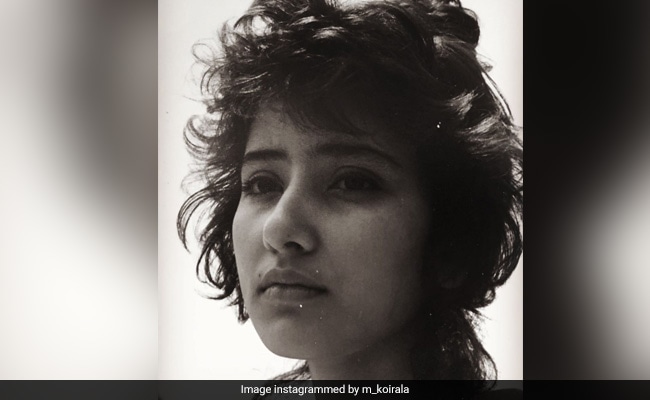 Actress Manisha Koirala just made our day by posting a stunning throwback picture of herself. The 50-year-old actress made a trip down memory lane and dug out an old picture from her "first photoshoot" on Tuesday. In the monochrome picture, Manisha Koirala looks every bit of stunning - with her short wavy hair and innocent expression. Manisha, who was a model before she made her acting debut in 1989, captioned her photo with these words: "Throwback ... my first photo shoot #throwbacktuesday" and a read heart icon. Her blast from the past left actresses Gabriella Wright, Dia Mirza, Lisa Ray and actor Ayushmann Khurrana in awe.

While Hollywood star Gabriella Wright, Lisa Ray and Dia Mirza, who co-starred with Manisha Koirala in Sanju, dropped red heart icons in the comments section of the Dil Se... actress' post, Ayushmann Khurrana went on to share "a Manisha Koirala appreciation story" on his Instagram profile.

And here's what Ayushmann Khurrana posted on his Instagram story:

After making her acting debut with the 1989 Nepali film Pheri Bhetaula, Manisha Koirala ventured into Bollywood with the 1991 film Saudagar and went on to star in hits such as 1942: A Love Story, Bombay, Akele Hum Akele Tum, Khamoshi: The Musical, Dil Se.. and Mann, to name a few.

Manisha Koirala was last seen in AR Rahman's 2021 film 99 Songs. Before that, she featured in films such as Prassthanam and Sanju.