"We miss you and hope that you are watching us and have our backs like you always did," wrote Mandira Bedi 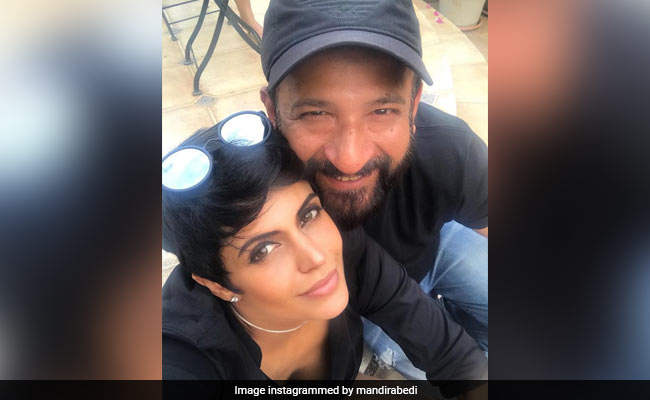 Mandira Bedi shared an emotional post on her husband Raj Kaushal's birth anniversary on Sunday. Sharing a throwback picture with Raj Kaushal on Instagram, she wrote, "15th August: Was always a celebration. Independence Day and Raj's Birthday." She added in her note, "Happy Birthday Raji... We miss you and hope that you are watching us and have our backs like you always did. The gaping void will never be filled. Here's hoping you're in a better place. Peaceful and surrounded by love." Raj Kaushal, who was also a writer and a director, died at the age of 49 about a month ago.

Mandira Bedi was married to late filmmaker Raj Kaushal. Their son Vir, 10, was born in 2011. Mandira and Raj Kaushal, who previously revealed they wanted to adopt a daughter, welcomed Tara into the family in July last year. She is 5. Mandira Bedi often remembers Raj Kaushal in her Instagram posts.

Raj Kaushal had backed several films, including Onir's 2005 movie My Brother... Nikhil... He had also directed films such as Pyaar Mein Kabhie Kabhie, Shaadi Ka Ladoo (also featuring Mandira Bedi) and Anthony Kaun Hai. He started his career as a copywriter. Raj Kaushal also started his own advertising production company in 1998 and went on to direct over 800 commercials.