Can you guess who Malaika Arora's travel companion was? 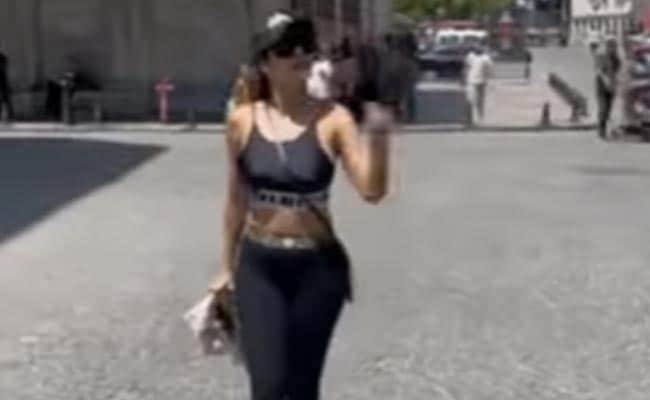 Malaika Arora might be back from her Turkey vacation but mentally, she is still chilling in the beautiful country. On Thursday, Malaika posted an Instagram Reel summing up her holiday. The video, comprising snippets of her daily outings at cafes, restaurants and the beach, shows her enjoying every bit of her time in Turkey. In the clip, Malaika can be seen sporting a number of stunning outfits - a floral-print crop shirt and shorts for a walk in a mesmerizing alley and a sequined backless top paired with blue jeans for dinner. She even found time for a quick dance session at a restaurant. Posting the clip, Malaika Arora shared that she was vacationing with her friend Preeta Sukhtankar in Turkey. Malaika even added the popular song Pasoori, sung by Pakistani singers Ali Sethi and Shae Gill in the background of the video.

In the caption, she wrote: “The week that was… destination #12 with my travel partner and BFF Preeta. #tataturkey #untilthenext.”

Soon after reaching Turkey last week, Malaika Arora gave us a sneak peek into her “red-hot weekend.” She posted this video from beautiful Cappadocia and wrote: “It's a red-hot weekend…#cappadocia #turkey.”

A few days ago, Malaika Arora posted a set of pictures of herself enjoying some quality time on a yacht near a waterfall. Malaika wore a blue printed dress and in the caption, she said, "Sundaze Turkish style."

On the work front, Malaika Arora is best known for her dance performances in superhit songs such as Chaiya Chaiya, Munni Badnaam Hui and Anarkali Disco Chali. She has also appeared as a judge on several reality shows, including India's Best Dancer and Supermodel Of The Year 2. Malaika Arora, who is currently dating actor Arjun Kapoor, was married to actor-director Arbaaz Khan. They have a son named Arhaan Khan.