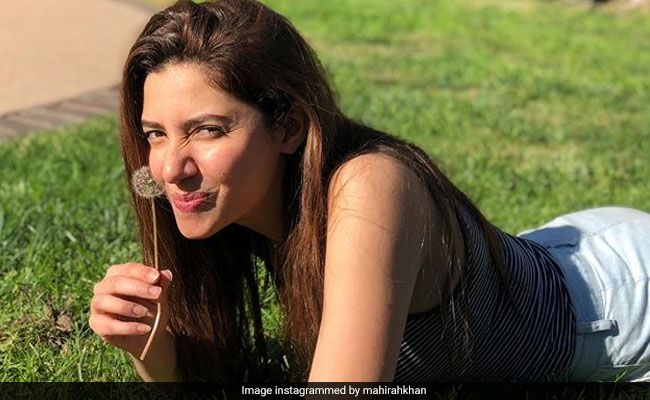 Mahira Khan's latest Instagram post proves that she is a big Bollywood fan just like any of us. Her latest post on her Instagram timeline is a picture of her fridge magnet with a catchphrase from Govinda's popular song Tujhe Mirchi Lagi Toh Main Kya Karoon. "PS - this is my favourite magnet on our fridge at home," Mahira captioned the photo. The magnet also features a caricature of Govinda holding a chilly in his fingers. The Internet is pretty amused with Mahira's latest Instagram post. "Govinda ji always Hero No1," wrote an Instagram user while another comment read: "These words are for those who keep poking their nose into other's affairs, especially aunties damn. Do your own job." Sania Mirza also couldn't stop herself from commenting on the picture.

P.S this is my favorite magnet on our fridge at home!

Mahira Khan, a popular Pakistani actress, has featured in successful television shows like Humsafar, Shehr-e-Zaat and Bin Roye. She has also starred in critically acclaimed Pakistani films like Bol and Verna, which released after several controversies.

Mahira Khan became a household name after Humsafar, in which she co-stars with Fawad Khan, aired in India. She made her Bollywood debut opposite Shah Rukh Khan in 2016 film Raees.

Mahira is currently filming Maula Jatt 2, which is her first film with Fawad Khan. The trailer of the film was released in December last year. The film is the sequel of 1979 Pakistani cult classic Maula Jatt and being helmed by Bilal Lashari. Apart from Fawad Khan and Mahira, the film also stars Hamza Abbasi and Gohar Rasheed.