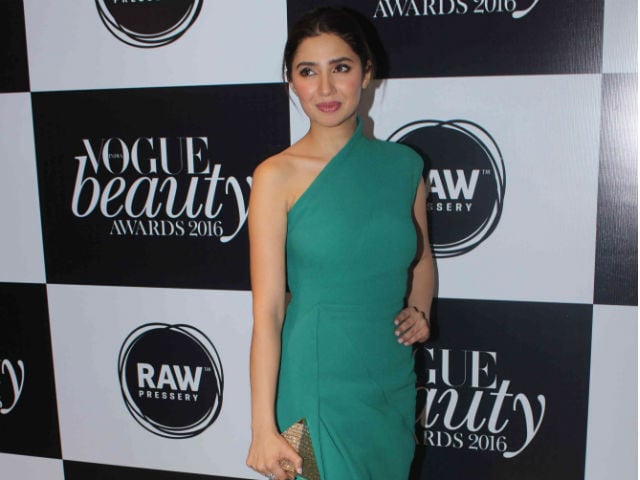 Mumbai: Pakistani actress Mahira Khan, who is gearing up for her Bollywood debut with superstar Shah Rukh Khan in Raees, said working with the Indian superstar has been a dream come true. She also said she is nervous about the movie's release.

"It's my dream come true to work with Shah Rukh Khan and also I am very excited about Raees. But more than this, I am nervous too," Mahira said on the sidelines of Vogue Beauty Awards here.

"It feels like I am under pressure to show my acting skills," she added.

When asked about a memorable moment with SRK, the Humsafar actress said: "The first scene, I thought I would be doing it smoothly, but as he (Shah Rukh) came in front of me, I forgot my lines. I will always remember that incident."

However, Mahira hopes she has done a good job.

"Being artistes, I and others (artistes from Pakistan) have been trying to represent our country. I hope I can do a good job, because I feel only that country develops which gives respect to the artistes," she said.

Mahira made her acting debut with a small role in Shoaib Mansoor's Bol, but it was Hum TV's blockbuster serial Humsafar opposite Fawad Khan, which took her to new heights of fame.

Talking about a possibility of working with Fawad again, she said: "I know people loved our chemistry, but we both are busy with our projects. Therefore, it's going to be tough."

Directed by Rahul Dholakia, Raees is scheduled to be released on January 26 next year.