"ll always be indebted to Vamshi for waiting for me," said Mahesh Babu 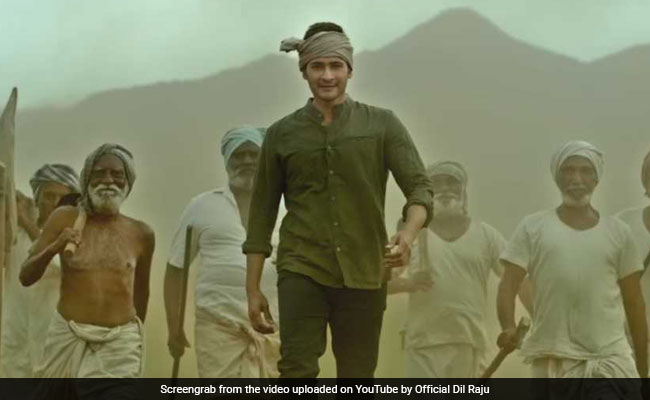 Mahesh Babu in a still from the Maharshi trailer. (Image courtesy: YouTube)

Actor Mahesh Babu has thanked director Vamshi Paidipally for waiting patiently for three years to make their forthcoming Telugu action drama Maharshi, which hits the screens on May 9.

At the pre-release event, Mahesh wholeheartedly thanked Vamshi for placing his full faith in him.

"When Vamshi first came to narrate the script, I thought I'll listen for ten minutes and decline the offer as I had two other commitments. After I heard 20 minutes of the narration, I wanted to do the film but told Vamshi he might have to wait till I complete my next two projects. He said he will wait as he can't picture anyone else in this story," Mahesh said.

It took Mahesh two years to complete pending commitments and one more year to wrap up Maharshi.

"Vamshi patiently waited for two years and another year to start and complete the film. It's rare for a director to wait for such a long time with a good script. Usually, they wait for a couple of months and then find another hero to start their project. I'll always be indebted to Vamshi for waiting for me," he said.

Maharshi happens to be Mahesh's 25th film. At the event, he remembered and thanked all those directors who played a pivotal part in shaping his career.

Mahesh started his speech by thanking veteran filmmaker K Raghavendra Rao for launching him. He went on to thank Krishna Vamsi for making Mahesh really act via Murari. Thirdly, he thanked Gunasekar for making him a star in Okkadu.

Thanking Srinu Vaitla, Mahesh said that his film Dookudu was a big turning point in his career.

Finally, Mahesh extended his gratitude to Koratala Siva for giving life to his career twice through Srimanthudu and Bharat Ane Nenu.

(Except for the headline, this story has not been edited by NDTV staff and is published from a syndicated feed.)
Comments
MaharshiMahesh Babumahesh babu maharishi