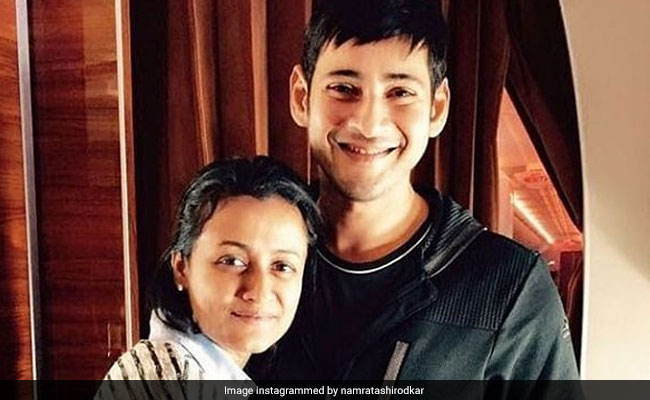 Telugu star Mahesh Babu shared the secret of his successful marriage in an interview with Vogue magazine explaining that he and his actress wife Namrata Shirodkar 'let each other be.' Speaking about his personal life, Mahesh Babu told Vogue, "Namrata and I have been married for 14 years. We understand each other well. And we let each other be. That's the most important secret to a successful marriage. Space. And of course, children - they ground you. I have to credit my dad for teaching me that. When he came home to us, he wasn't a star." Mahesh Babu and Namrata Shirodkar met while filming Vamsi, which released in 2000 and fell in love.

Mahesh Babu and Namrata Shirodkar dated for five years and then got married as per south Indian tradition. Namrata Shirodkar, who is a former Miss India, quit films after marriage. She was last seen in 2004 Telugu film Anji while her last Bollywood film was Bride And Prejudice, which also released in 2004.

Speaking about Mahesh Babu, Namrata told Vogue, "I haven't seen a more disciplined and dedicated person. He doesn't settle for less. And he can balance work-life very well." Namrata and Mahesh Babu are parents to son Gautham and daughter Sitara.

Mahesh Babu's last three films - SPYder, Bharat Ane Nenu and Maharshi - were super successful at the box office but the actor has seen a low phase too. Mahesh Babu told Vogue that Namrata had his back during that time. "Failure is a hidden treasure. I learn from them. I analyse it. But the initial pain is hard. Namrata helps me through that," he was quoted as saying.

Mahesh Babu is currently filming Sarileru Neekevvaru, which is slated for 2020 release.