Madhubala's Sister To Make A Biopic On Actress. Details Here 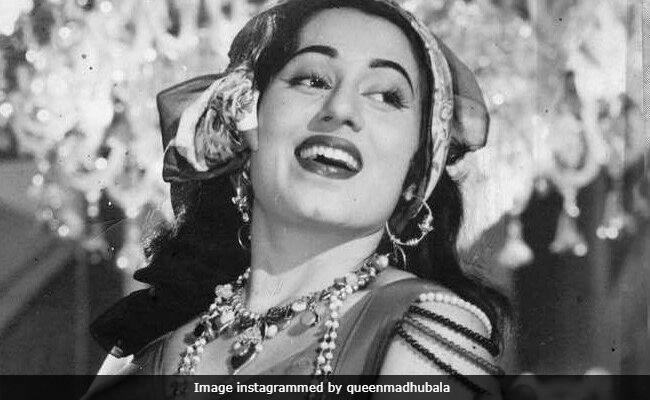 Madhubala is still remembered for her films like Mughal-E-Azam, Kaala Pani (Courtesy: queenmadhbala)

A biopic based on the life of legendary actress Madhubala is on the cards, news agency IANS reported. The legendary actress' youngest sister Madhur Brij Bhushan has announced that she is making a biopic based on Madhubala's life. "I am going in for a biopic on my sister, which will be produced by my very dear friends, very soon. It's my humble request to all the well-wishers of Madhubala and whosoever is connected with Bollywood or elsewhere to please not attempt a biopic or anything else based on my sister's life without my permission," Madhur Brij Bhushan told IANS.

Madhubala's sister had been repeatedly approached by filmmakers to acquire rights to make a film on the actress' life but Madhur Brij Bhushan denied them all. "A number of people from Bollywood and otherwise have approached her repeatedly over the past few years to acquire the rights to make a film on Madhubala's life. But she has always been clear that full justice should be done to her sister's life and that's why a film should be made in a beautiful manner. She thinks this is the right time to go ahead with it," a source told IANS.

Apparently, Madhur Brij Bhushan was planning a biopic since Madhubala's wax statue was unveiled at Madame Tussauds museum in Delhi last year. Bhushan, who was present at the event told IANS: "I can't express how happy I am looking at this. Thank you everyone for remembering her and still keeping her in your hearts."

Madhur Brij Bhushan has refrained from divulging details about the biopic but sources revealed that everything (actors, director) will be official by the end of this year. "Madhur Brij Bhushan won't be directing the film for sure. Only the top names are going to be involved with the film," the source added.

Promoted
Listen to the latest songs, only on JioSaavn.com
Madhubala is still remembered for films like Mughal-E-Azam, Dulari, Mahal, Howrah Bridge, Kala Paani, Do Ustad, Amar and Mr and Mrs 55. She died in the year 1969 at the age of 36.