Produced by Dinesh Vijan, Luka Chuppi will go on floors in August this year 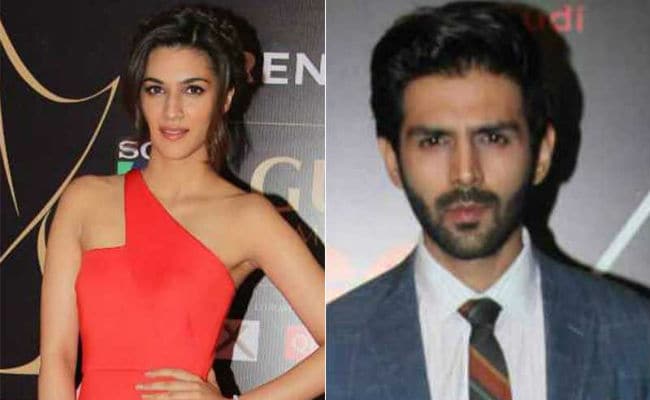 This will be Kartik Aaryan and Kriti Sanon's first film together

Kartik Aaryan and Kriti Sanon will next feature in Luka Chuppi, which will release in March 2019. Produced by Dinesh Vijan, Luka Chuppi will go on floors in August this year, a Mumbai Mirror report stated. Kartik Aaryan plays a local TV reporter in the film while Kriti will be seen playing the role of a strong headed girl from Mathura. Speaking about Kartik's character in the film producer Dinesh Vijan told Mumbai Mirror: "Kartik plays the star reporter of a local TV channel in Mathura. We had toyed with the title Mathura Live before settling for a game of hide-and-seek. While Kartik is the quintessential good boy every girl wants to take home to mamma, Kriti represents today's youth who advocate gender equality and have their own ideology."

The official announcement of the film was made on social media today.

Kartik Aaryan and Kriti Sanon teamed in #LukaChuppi... Directed by Laxman Utekar... Produced by Dinesh Vijan... The story travels from Mathura to Gwalior and Agra... Kartik enacts the part of the star reporter of a local TV channel... March 2019 release... Official announcement: pic.twitter.com/niuW1woeXz

LUKA CHUPPI super excited for this one!!! March 2019!! @TheAaryanKartik@MaddockFilms#Dinoo@Laxman10072pic.twitter.com/hqDU5RY8Ta

On what prompted him to zero in on Kartik Aaryan and Kriti Sanon as his lead pair for the film, Dinesh Vijan said: "The dialogues have a touch of the local dialect and being from the region, both are familiar with the setting and the lingo. They also have a crackling chemistry." The story is set in Mathura and also in Gwalior and Agra, Mumbai Mirror report added. This will be the first time that Kartik Aaryan and Kriti Sanon will be sharing screen space. The film, as the producer said, will be romantic comedy.

Kartik Aaryan's last film Sonu Ki Titu Ki Sweety was a blockbuster at the box office. Kartik has reportedly been approached with the third installment of Pyar Ka Punchnama 3 and is likely to feature with Amitabh Bachchan in Aankhen 2. He is reportedly in talks with filmmaker Sanjay Leela Bhasali for another romantic film.
Comments
Kriti SanonKartik Aaryan